Kimberley Trapp is an Early Career Fellow at CRASSH, Easter 2012.

Dr Kimberley Trapp is currently  a College Lecturer in Law at the University. She gained her PhD in Law in 2009. She was awarded the Yorke Prize (for dissertation of distinction that makes a substantial contribution to its relevant field of legal knowledge) in  2010.  During 2006 and 2007 she was the Law clerk to Vice-President Al Khasawneh and Judge Simma at the International Court of Justice in The Hague, Netherlands. Her publications include State Responsibility for International Terrorism, Oxford University Press 2010. 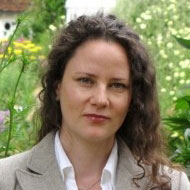