Visualising the Bible will examine the relationship between the Bible and classical antiquity in late Victorian painting and sculpture in Britain and as it diffused internationally, with a particular focus on collection and display in Australia.

My research project has two major outcomes: an exhibition and catalogue, and a monograph. There is so little existing research on biblical subject matter in late Victorian visual culture that the catalogue’s critical survey of the painting, sculpture, mosaics, stained glass, and illustrated books of this period will be an essential starting point. The monograph will question what it means to classicise visually, examining the biblical themed work of painters and sculptors better known as ‘classicists’. What competing views and claims about different pasts are explored in these images? Did these images offer viewers religious experience? How did their ‘classical’ form relate to or subvert their religious content? The project will position Victorian biblical subject painting and sculpture as nuanced dialogues between past and present, ‘east’ and ‘west’, Christianity and classicisms.

Kate Nichols is a Bible and Antiquity Postdoctoral Research Fellow at CRASSH.

Kate is an art historian specialising in nineteenth-century British art and visual culture, ancient Greek and Roman sculpture and its reception in modern British and American culture, and the history and theory of museums. Kate was Henry Moore Foundation Postdoctoral Fellow at Bristol University’s Institute for Greece, Rome and the Classical Tradition in 2009/10, and in 2011 held a Postdoctoral Fellowship at the University of York from the Paul Mellon Centre for Studies in British Art. In 2010/11 she was a Teaching Fellow in the History of Art at York, and comes to CRASSH from a Teaching Fellowship in Classics and Ancient History at the University of Bristol.

Kate completed her PhD in 2009 at the School of History, Classics and Archaeology, Birkbeck College, London. The monograph based on this thesis will be published as part of Oxford University Press’ series ‘Classical Presences’ in 2015. It examines the social, political, and aesthetic role of ancient Greek and Roman sculpture in modern Britain, assessing how classical art figured in debates over design reform, taste, beauty and morality, race and imperialism. She is also co-editing two collections of essays under contract with Manchester University Press, arising from conferences she has co-organised: What is to become of the Crystal Palace? The Crystal Palace after 1851 with Sarah Victoria Turner (York), and Art versus Industry? with Rebecca Wade (Leeds) and Gabriel Williams (York).

At Cambridge, Kate lectures in History and History of Art, and supervises in Classics. In 2013/14 she is co-chair of the CRASSH Postdoctoral Researcher Forum.

'Marbles for the Masses – the Elgin Marbles at the Crystal Palace’, in V. Coltman, ed., Making Sense of Greek Art. Ancient Visual Culture and its Receptions (Exeter University Press, 2012), 179-201.

‘Art and commodity: sculpture under glass at the Crystal Palace’ in J. Welchman, ed., Sculpture and the Vitrine (Ashgate, 2013), 23-46

After 1851: The Material and Visual Cultures of the Crystal Palace at Sydenham. Co-editor, with Sarah Victoria Turner, under contract with Manchester University Press. Manuscript submitted March 2015.

Art Versus Industry? New perspectives on Visual and Industrial Cultures in Nineteenth-Century Britain. Co-editor, with Rebecca Wade and Gabriel Williams, under contract with Manchester University Press. In production; due February 2016. 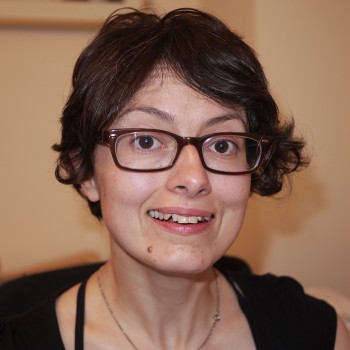