Dr Julia Guarneri is a Cambridge Early Career Fellow and will be at CRASSH in Lent Term 2019.

The Development of an American Body Language

During my term at CRASSH, I will begin reconstructing the history of how Americans moved—how they stood, walked, lounged, gestured, and danced.  This project will start with the democratization of manners in the late eighteenth century and carry through the late twentieth century.  I will examine the ways that body language and self-presentation varied according to race, gender, class, region, and religion. I will explore movement as a primary means of assimilation as I chronicle immigrants who learned to walk “like an American” in order to fit in.  This history will grapple with several basic questions.  How did peculiarly American styles of movement come into being?  How have the spaces people lived in, the labor they performed, and the values they held all combined to produce physical habits and norms?  And how has movement communicated either social belonging or social difference?

Dr Julia Guarneri is a University Lecturer in the Faculty of History and a fellow of Fitzwilliam College.  She is a social and cultural historian of the United States, concentrating on the late nineteenth and early twentieth centuries.  Her book Newsprint Metropolis: City Papers and the Making of Modern Americans was published by the University of Chicago Press in 2017.  Her essay on Progressive-era news appeared in Media Nation: The Political History of News in Modern America(University of Pennsylvania Press, 2017).  She has also published on the history of popular culture and the history of childhood.

Guarneri has been an ACLS New Faculty Fellow at the University of Pittsburgh, and has taught at Colgate University and at City College in Manhattan.  She completed her BA at Cornell University, and her MA and PhD at Yale.  She joined the Cambridge Faculty of History in 2015. 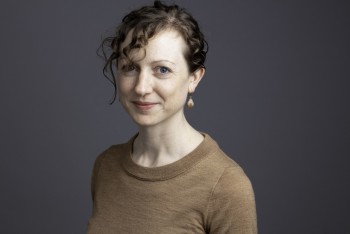