A study to contribute to the understanding of cross-cultural moral conversations through an ethnographic study of UK followers of Fo Guang Shan (FGS), a Buddhist movement that defines itself by the attempt to live ethically in a way that acknowledges but transcends cultural and political boundaries.  There are two well established ways of understanding regional differences in moral thought and practice. On one view, differences in values are seen as evidence of fundamentally irreconcilable ways of understanding the world and human beings' place in it. On the other, what appear to be disagreements about values are taken to reflect the operation of a universal moral or economic rationality on divergent material or political interests. But neither position has much to say about moral conversations across borders, particularly those in which participants in the conversation self-consciously frame their deliberations as border-crossing. Moral conversations across borders must always have taken place, but it is clear they are especially characteristic of modernity as globalization increases contact and migration between regions, and as progressive bureaucratization imposes ever broader requirements for formal justification of decisions in political, civil society and even intimate contexts. These conversations are important in their own right, but they are also of wider significance. If we are to pursue recent scholarly interest in the deliberative aspects of ethics, we will need to proceed by looking at moral reasoning not at the consensual centres of moral traditions, but at the border-crossing margins, where nothing can be taken for granted and where appeals to tradition or authority have little traction.  FGS is an international Buddhist movement headquartered in Taiwan. I will focus on the two UK centres of FGS activity: London and Manchester. With millions of members on six continents, and with far-reaching ethical, political and social goals, FGS has growing global influence. The organization teaches that the key to a happy and valuable life is a combination of, on the one hand, Buddhist and non-Buddhist techniques of self-cultivation, and, on the other, ethically motivated social service provided voluntarily for the benefit of the wider community and the state. FGS is proudly Chinese, and draws most of its members from the Chinese diaspora, but it stresses the importance of adapting tradition freely in order to make Buddhism ‘convenient’ for those with different personal and cultural habits and preferences. The (rather Aristotelian) idea is that being virtuous should not be an unpleasant struggle of the will against accustomed desire and habit; rather, one must find ways of being virtuous that are in harmony with local, culturally specific dispositions and ways of life. So cultivating the ability to reflect on the relation of culture to ethical practice, and to hold ethical conversations across cultural boundaries,  is itself an important aspect of FGS ethical life.  The burgeoning literature on the anthropology of ethics applies lessons learnt from Foucault, and virtue ethicist philosophers such as Alisdair MacIntyre, Bernard Williams, Mary Midgley and Charles Taylor (eg. Laidlaw ‘For an Anthropology of Ethics and Freedom’, 2002; Zigon, Morality: An Anthropological Perspective, 2008; Lambek, Ordinary Ethics, 2010). The most innovative and influential recent anthropological studies of reformist Islam and charismatic Christianity (eg. Mahmood, Politics of Piety, 2005; Hirschkind, Ethical Soundscape, 2006, Coleman, Globalization of Charismatic Christianity, 2000; Keane, Christian Moderns, 2007) have shown empirically the importance of understanding the ethical projects at the heart of religious movements. FGS teachings are also based on a tradition of ethical work on the self to achieve salvation, but are distinctive because rather than defining perfection in relation to an ahistorical, asocial soteriological goal, they hold that paradise must always be built in some particular here and now, by perfecting already existing social relations in specific historical societies. This grounded cosmopolitanism makes FGS a fascinating case study for the anthropology of ethics and the emerging interdisciplinary conversation between moral philosophers and ethnographers.

Jonathan Mair is a Mellon/Newton postdoctoral researcher at CRASSH, 2012-14. 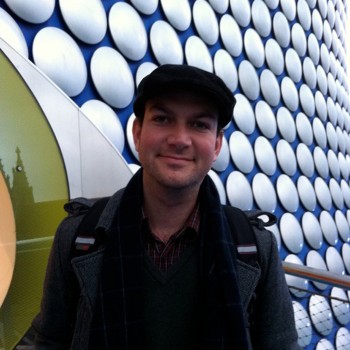