John Naughton is Emeritus Professor of the Public Understanding of Technology at the Open University, Director of the Press Fellowship Programme at Wolfson College and the technology columnist of The Observer.

By background a systems engineer, he is an historian of the Internet whose main research interests lie in the network's impact on society. At CRASSH, he is co-director (with Sir Richard Evans and Professor David Runciman) of a five-year research project on Conspiracy and Democracy (2013–2018) and is co-director (with David Runciman) of a two-year research project on Technology and Democracy (2014–2017). He has written extensively on technology and its role in society, and is the author of a well-known history of the Internet – A Brief History of the Future (Phoenix, 2000). His most recent book, From Gutenberg to Zuckerberg: what you really need to know about the Internet, is published by Quercus. 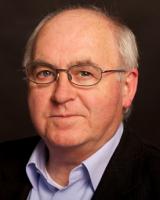