With the possible exception of Marxism, psychoanalysis has had both a broader and a deeper influence on intellectual life in the West than any other movement. Developed as a therapeutic and psychological programme at the turn of the century, occupying like no other epistemic and institutional project could the no man’s lands between the human and the biological sciences and between the figures of ‘care’ and of ‘knowledge’, it also had great influence on the fledgling social sciences – psychology, sociology and anthropology – in the first half of the twentieth century and fused with revolutionary enthusiasms in politics and in social reform (relating in particular to sexuality and to the position of women).  Above all it stood at the head of the diverse array of ‘technologies of the self’ developed by Western cultures increasingly absorbed by the cultivation of ‘personality’ in an age of alleged massification.  This seminar will examine some of the uses to which psychoanalysis was put, focussing on both disciplinary and interdisciplinary developments and on the local milieux in which psychoanalysis developed most vigorously – urban, cosmopolitan, intellectually and artistically vibrant cities.

The interdisciplinary rationale of the seminar reflects accurately the interdisciplinary scope of psychoanalysis itself. In Cambridge, aspects of psychoanalysis figure in several different disciplines: in history, in philosophy, in psychology, in anthropology, sociology, modern languages (in particular in German and in French, on account of the enormous influence of psychoanalysis on twentieth century French and German cultures) and inevitably in the history and philosophy of science. The 8-week Seminar will bring together approaches from social and cultural history, intellectual history, and history and philosophy of science to survey and take stock of a range of episodes, drawn from US, British and French psychoanalytic cultures, across the twentieth century. The seminar leaders hope that graduate students and postdoctoral researchers from a very wide range of disciplines will be attracted by the Seminar.

The leaders of the proposed Mellon Teaching Seminar are senior figures in the Faculty of History and the Department of History and Philosophy of Science. Mandler, principally a cultural historian, has a long-standing interest in the history and influence of psychoanalytic ideas (and on the popular dissemination of social-science concepts more generally), most recently palpable in his work on mid-twentieth-century cultural anthropology, Return from the Natives: How Margaret Mead Won the Second World War and Lost the Cold War (Yale University Press, 2013). Forrester has worked on various aspects of psychoanalysis, particularly, but not only, its history, for forty years; his recent research projects include the reception of psychoanalysis in Cambridge, 1908-1927 and the development of the concept of ‘gender identity’ in Los Angeles by the psychoanalyst Robert Stoller, c. 1963.

John Forrester is completing a study (with Laura Cameron) of the reception of psychoanalysis in Cambridge in the early twentieth century. A number of elements of this study have been published – these are available below in PDF form:

As one of the co-applicants of the Wellcome Trust Strategic Award on 'Generation to Reproduction', headed by Nick Hopwood, he is researching the relations between the psychological disciplines and the development of new technologies in the areas of sexual enhancement, assisted reproduction and (trans)gender construction in the 1950s and after. Within this area of research, he has published a paper on the work of Robert Stoller ('The Psychoanalytic Case: Voyeurism, Ethics, and Epistemology in Robert Stoller's Sexual Excitement' in: Angela N. H. Creager, Elizabeth Lunbeck, and M. Norton Wise (eds.), Science without Laws. Model Systems, Cases, Exemplary Narratives, Durham & London: Duke University Press, 2007, pp. 189–211) and will be delivering the Robert Stoller Lecture at the Los Angeles Psychoanalytic Society in 2011. 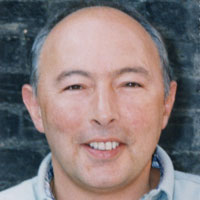