The Archaeology of the Cambridge Region

In 1923 the archaeologist Cyril Fox published his PhD thesis ‘The Archaeology of the Cambridge Region’, which was one of the first PhDs in Archaeology at Cambridge. In this landmark publication he set out to “…provide a basis – which does not exist at present – for the future detailed study, period by period, of the archaeological remains of the district…” Fox supported his study through reference – comprising illustrations, photographs and information in the text – to objects of local origin in the collections of the Museum of Archaeology and Anthropology (MAA), then known as the Museum of Archaeology and of Ethnography. His study is therefore an important record of the objects of local provenance in the archaeological collections at MAA. It also had a wider influence on museum archaeology at the time. Despite the fact it has fewer obvious monuments and sites than many other regions, Cambridge was at the centre of this study because of the location of the university and the museum. Fox’s study was also reliant on the bicycle – it is the technology that both enabled and limited the extent of his survey.

Much has changed since Fox undertook his study and the upcoming centenary of his work provides the perfect opportunity to re-examine the archaeology of the Cambridge region. This project will take the form of a synthetic study of the archaeology of the Cambridge region. It will also explore the central role of the museum as a ‘location’ and ‘technology of knowledge’.

Dr Jody Joy is Senior Curator at the Museum of Archaeology and Anthropology, University of Cambridge, with responsibility for European Archaeology.  Before he came to Cambridge in 2014, he worked as Curator of European Iron Collections at the British Museum. He did his BA, MA and PhD at the University of Southampton.

Jody’s research focuses on the archaeology of northwest Europe during the first millennium BC. His main interests concern art and technology and he is currently involved in research projects examining: the technology of Iron Age cauldrons and their role as feasting vessels; Iron Age torcs and their relationship with the human body; and the role of so-called Celtic art in Iron Age society. His monograph entitled A Celtic Feast: The Iron Age Cauldrons from Chiseldon, Wiltshire is forthcoming with British Museum Press. 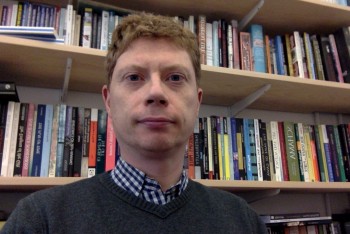