Dr Jeffrey Murer is a Visiting Fellow at CRASSH in Lent and Easter Terms 2018.

My research explores the interrelated dynamics of collective identity formation and the expression of group membership through violence.   In particular my work on hate and violence raises many questions on the ideas of group membership, especially national, racial, and religious identity, and the means of excluding or differentiating groups.

The research project I bring to CRASSH I have tentatively entitled “Economy of Anger: Capitalism’s Violent Superego” in which I explore how the competitive and adversarial ethos of modern capitalism encourages, and requires, violent separations and distinctions within and among social groups.  This project seeks to document and analyze the self-understandings and motivations of the perpetrators of contemporary political violence associated with racism, xenophobia, misogyny, and other expressions from the extreme political right in North American and Europe. The project theorizes these acts of violence as an outgrowth of contemporary capitalism, not as an opposition to it. I want to explore how the transmission and reception of collectively shared objects of desire and objects of repulsion or hate – through the creation of collective imaginaries – can be understood as the internalization of a collective superego, shaped by the modes of production and consumption of contemporary capitalism.

I revisit past explorations of the psychic impacts capitalism makes on society through the Frankfurt School approaches of Erich Fromm and Herbert Marcuse, as well as through the Humanist Marxism of György Lukács. My main focus is to engage with the pioneering work of Melanie Klein who deviated from Freud in describing the purpose and the formation of the superego. By exploring the psychic effects of contemporary capitalism, and its violent character, it may be possible to reflect and to move forward with reflexive praxis towards a new mode of organising our interactions with one another and with nature. It is through a recovery of inter-subjective engagement, through reflexive engagement, that we may explore the harm we do to ourselves and to others.

Jeffrey Stevenson Murer is Senior Lecturer on Collective Violence and a Research Fellow to the Handa Centre for the Study of Terrorism and Political Violence at the University of St Andrews. His research explores the role of violence in collective identity formation, and he works at the intersections of politics, sociology, and psychoanalysis. Previously he was an Associate Research Fellow in the Doctoral School for Research in Psychoanalysis and Psychopathology at the University of Paris VII (2003 to 2005), an Academic Fellow of the Psychoanalytic Center of Philadelphia (2004-2006), and a National Fellow of the American Psychoanalytic Association (2006-2007). In 1999 he received his PhD from the University of Illinois at Chicago, where he was awarded the Annual Graduate Dissertation Prize for best thesis in the behavioral and social sciences, and his first degree is from the University of Wisconsin at Madison, where he studied political philosophy. He is an Associate Editor of Psychoanalysis, Culture, and Society, and his work has appeared there, and among others in Terrorism and Political Violence, Nations and Nationalisms, International Politics, the International Journal of Politics, Culture, and Society, and Topique: Revue Freudienne.  In 2011 he was among the first cohort to be inducted into the Royal Society of Edinburgh’s Young Academy of Scotland, of which he is now an Emeritus Member, and in 2017 he became a Fellow of the Royal Society of Arts. 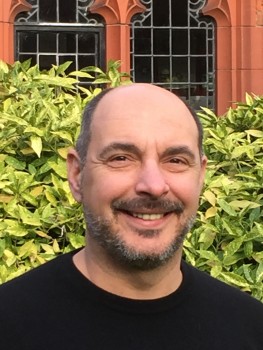