Transatlantic Blackness in the Era of Jim Crow: Race and Gender in the Life of an African American Expatriate

This is a study of African American psychoanalyst and expatriate Marie Battle Singer, and the processes of memory, trauma, and transformation during the era of Jim Crow. Singer left the United States 1948, arriving in Britain where she trained with Anna Freud at the Hampstead Clinic, earned a doctorate, and taught at Cambridge. Her interracial marriage to a Scottish poet plunged her into Britain’s literary community and exposed her to new social crises. This project traces how Singer negotiated the legacy of her childhood in Mississippi through her refashioning as a successful British intellectual. Her story is considered against the backdrop of volatile racial politics in Britain and the civil rights movement at home. As a black woman, Singer encountered distinct challenges that reveal how race, gender, sexuality and class shape life chances. This project considers how one transnational black subject negotiated these intersecting identities across national and cultural boundaries.

Jane Rhodes is Professor and Chair of American Studies, and Dean for the Study of Race and Ethnicity at Macalester College. She earned a doctorate from the University of North Carolina at Chapel Hill, and specializes in the historical dimensions of race, gender and mass media in the United States. Her research also examines the transnational dimensions of African American history, and she has held fellowships from the Government of Canada and the former Institute for United States Studies at the University of London. She is the author of Mary Ann Shadd Cary: The Black Press and Protest in the Nineteenth Century (Indiana University Press, 1998) and Framing the Black Panthers: The Spectacular Rise of a Black Power Icon (The New Press, 2007). 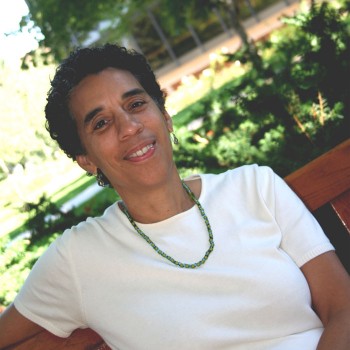