James Roslington was a PhD student at the University of Cambridge.  His doctoral research  focused on the creation of an independent Islamic republic in northern Morocco in the 1920s.  His interests include the remaking of sovereignty and challenges to imperial rule between the world wars. During his visit to the project he will give a public talk on "A Land of Conspiracy: Geopolitics and imagination in colonial North Africa". James Roslington is a short term visiting fellow in Michaelmas 2014. 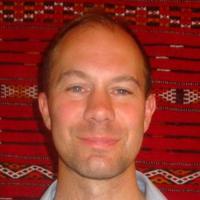