Election Law and the Crisis of Mass Democracy

At CRASSH I’ll be undertaking a project that examines the intersection of political theory, social reality, and electoral regulation to offer a synthetic explanation for the political upheavals in the contemporary West. Politics in the West is in crisis due to a breakdown of liberalism, as the arrangement (in place since World War II) that furnished much of the polity with perpetually improving material comfort, a strong sense of relative status, and continual upward mobility is stalled at best and imploding at worst. This has generated increasing popular dissatisfaction with the circumstances of governance, and culminated in a series of dramatic political events challenging the disproportionate power of the technocratic elite.

I hypothesize these events result from the disruptive intersection of elites' assumptions regarding citizen rationality and the arc of political progress, the reality of popular reactions to entrenched inequality and rising diversity of identity within nation-states, and the failure of election law to manage this challenging divergence. In particular I focus on American electoral regulation, which has developed extensive legal doctrine surrounding the management of elections. Yet embedded in the case law are the same erroneously optimistic assumptions regarding perfectible voter rationality that have led insider technocrats astray. This serves as a case study for the manner in which problematic assumptions regarding norms and political conditions can be embedded within legal institutions. Adopting a more realistic substantive view of politics is necessary if judicial regulation of elections is to facilitate development of a more realistic political platform, and avoid exacerbating the disconnect between elite management and social realities. My project thus hopes to weave together normative political theory, descriptive political science, and legal analysis to offer a thesis that illuminates both contemporary governance and the condition of the law.

Jacob Eisler received his BA from Williams College, his MPhil in Political Thought and Intellectual History from Emmanuel College, Cambridge, his JD from Harvard Law School, and his PhD in Political Science from Harvard University. At Harvard he supervised in the Government and Social Studies departments. At Jesus College he supervises in tort, contract, and jurisprudence. 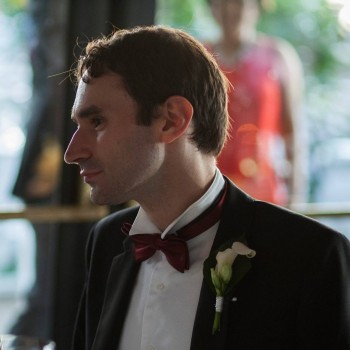