Interreligious encounters, confessional struggles and the formation of the Dutch East India Company

How did the encounter with Southeast Asian Islam impact upon the development of the Dutch East India Company?

The Dutch East India Company, frequently referred to as the first multinational corporation and joint-stock company, was both a forerunner and an influential model leaving a decisive mark on subsequent economic and political developments. The Dutch East India Company came into existence during a period of intense confessional struggles and war in the United Provinces and was formed in the course of an intensive encounter with the Islamic world of Maritime Southeast Asia. This was the Islam of the relatively recently converted sultanates that dominated the trade centres of Maritime Southeast Asia, a trading world characterized by the plurality of its ethnic and religious make-up.

Especially during the early years the Dutch East India Company was less a formidable economic force than a business venture trying to carve its way into the highly profitable and contested Asian spice trade.

While not arguing that religion and confessional belonging are the only or even the most important factors shaping the Dutch East India Company, the project aims at assessing the importance of the religious factor and interreligious encounters upon this most influential and in its turn formative new type of sovereign corporation.

Isabella Matauschek is a visiting fellow at CRASSH, Michaelmas 2013.

She is currently a lecturer in the Department of Modern and Contemporary History at the Johannes Kepler University in Linz. From 2002 to 2005 she was research group leader Western Europe, “Traditions of Historical Consciousness in Europe and Israel” at the Institute of Advanced Study in the Humanities in  Essen, University Witten-Herdecke, in cooperation with Roskilde University, Holocaust Center Oslo and  Radboud Universiteit, Netherlands.

She was awarded her PhD on History and Civilization in 2002 from the European University Institute in Florence. 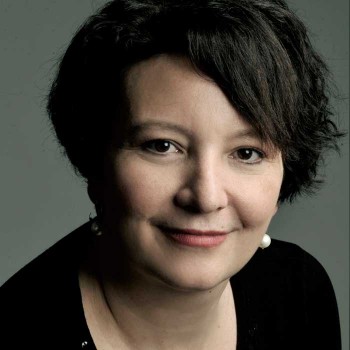