Dr Michael Hurley will be at CRASSH in Lent Term 2019.

Writers and philosophers have always pursued ultimate questions. Why are we here, and how should we live? What is a just society, and how do we make it? Is there a God, and what does that mean for us? What is the nature of truth, goodness, and beauty, and what are the relations between these things? Although such questions are a persistent, shared concern of literature and philosophy, these disciplines have often been parsed as if they were distinct if not antagonistic modes of imaginative inquiry. It’s a tangled intellectual tradition from the very beginning. Plato pitted himself against the poets, but his own style of ‘Socractic’ discourse can only be adequately understood within the context of its dramatic form. Countless examples of self-consciously systematic philosophers follow, but there is also a long and strong line of philosophical interventions that require a ‘literary’ lens to read them aright: from the meditations of Marcus Aurelius to the obliquities of Schopenhauer, to the playfulness of Kierkegaard or Nietzsche. John Henry Newman thus spoke for many when – sensing sharply the false dilemma between fideism and rationalism – he claimed that in construing the deepest matters of metaphysics, ‘logic is loose at both ends’, and ‘syllogising won’t do it’: hence his own synergy of formal argumentation with literariness, Grammar of Assent. Even after the ‘linguistic turn’ in philosophy in the twentieth century, even at the apogee of ‘analytical’ stringency, as Wittgenstein offers his terminal imperative in his Tractatus Logico-Philosophicus, ‘Whereof one cannot speak, thereof one must be silent’, there yet remains a sense, however glimpsed and grudging, that what is unsayable (es gibt Unaussprechliches) might somehow make itself manifest, or ‘show itself’ (ziegt sich).

The book I will be working on during my time at CRASSH takes up Wittgenstein’s hushed intuition here, about language’s capacity to ‘show’ what it cannot ‘say’. It is the first principle of formalism that, in the literary work, style and substance are interpenetrating; but I wish to extend the claim for literature’s capacity to say unique things, to argue for its capacity to offer uniquely satisfying answers to philosophy’s unsayable questions. Scoping the role of the reader as well as the text in the making of literary truth, I will draw upon what the contemporary theologian John Cottingham calls an ‘epistemology of involvement’ (which contrasts with the ‘flat’, scientistic or empiricist models of knowledge, and involves instead a complex interplay between imaginative commitment and withdrawal, affirmation and doubt, yielding and resisting). Commensurate models for thinking about this include Martha Nussbaum’s Love’s Knowledge; though my intuitions on the topic also have a pre-history in the idea of ‘attunement’ that Heidegger intends through his term Stimmung. Earlier still, my argument will also be informed by Newman’s distinction between what he calls ‘notional’ versus ‘real’ ‘assent’, within the context of his definition of literary style as a ‘thinking out into language’.

Educated at the Universities of Cambridge (PhD) and St Andrews (MA), and at Stonyhurst College: Dr Michael D. Hurley is a University Lecturer, and a Fellow of St Catharine’s College, Cambridge. He has taught English at Cambridge since 2005, he was a Visiting Scholar in the English Department at Harvard in 2008-2009, and he has also lived and worked in Cluj-Napoca, Romania (1994-1995), Hiroshima, Japan (1999-2000), and Savannah, USA (2017-2018). His research tends to fall within the long nineteenth century (but also ranges before and after this period), and is focussed on matters of literary form and style, especially on how such qualities of 'literariness' can enable writers to say, think or do things that could not otherwise be said, thought or done. Much of his published work has therefore an interdisciplinary edge to it, drawing on philosophy and theology to explore connections between how books and poems make us feel and what they make us think. Above all, his research is directed towards ultimate questions and questions of value. 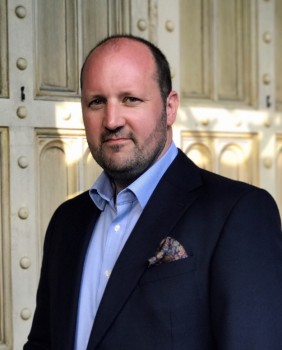