Over the course of the 20th century a shift occurred in thinking about conspiracies. In the late 19th to early 20th centuries conspirators were small groups of radicals plotting to overthrow the established elite, while during the second half of the 20th century it was democracy itself that came to be viewed as a conspiracy by elites to keep the people at bay. My research will enquire into why this shift occurred, and what relationship it entertains with the rise of mass politics, by looking at how political thinkers conceived of this development during this period. I will also be looking at the role conspiracy theories play in modern democracies - whether they further erode democratic legitimacy or whether they are a constitutive and necessary part of democratic politics today - and why the European Union is often the target of such theories. Finally, from a broader historical perspective, I will ask in what ways the relationship between conspiracy theories and modern democracy differ from that which obtains between conspiracy and ancient Athenian politics, and what we might learn from this.

Hugo Drochon is a postdoctoral research fellow on the Leverhulme-funded project Conspiracy and Democracy: History, Political Theory and Internet Research.

Hugo is a historian of late nineteenth and twentieth political thought, with interests in continental political thought, democratic theory, liberalism and political realism. His book Nietzsche’s Great Politics came out with Princeton University Press in 2016. You can read a review of it in The New Statesman. Hugo's current research is on elite theories of democracy – Mosca, Pareto, Michels and Ostrogorski – and the impact their thinking had on the development of democratic theory in American and Europe after WWII, notably on figures such as Schumpeter, Dahl, Wright Mills, Aron, Manin, Rosanvallon and Bobbio.

‘Nihilism, democracy and liberalism: Maudemarie Clark’s “Nietzsche on Ethics and Politics”’ in European Journal of Political Theory, published online 12 May 2016 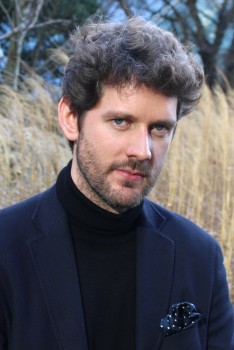