I am developing a monograph project to shed light on the character and development of Greek and Roman intellectual culture through attention to its ‘apocalyptic’ narratives, defined as those in which revelation of a collective destiny plays a significant role. Unlike other ancient traditions, the literature of Greece and Rome does not develop a mythology of the End of Days. Rather, the core of Classical literary culture is found in stories of cosmic and human origins in archaic Greek epic. These same texts, however, also anticipate collective destruction, whether figured as doom for the Titans, for Troy or for the suitors of Penelope, while the plots, founded on divine plans for humanity, have attracted genetic speculation in relation to apocalyptic elements in Near Eastern and other literature. Situated in such wider cultural frames, the range of Greek and Roman responses to these epic narratives deserves attention as a means of tracking the transformations of archaic epic into new disciplines such as philosophy, science and satire.

While at CRASSH, I shall be concentrating on the accessibility (or otherwise) of the images put to work in Stoicizing poetry, bearing in mind that texts which explicitly address the question of whether the world will end, and the place of humans in such scenarios, are only one part of the story. My aim is rather to foreground various rhetorical functions of adopting an ‘apocalyptic’ mode, such as consolation for death, subversion of tyrannical powers, revelation of ‘scientific’ truths, or satire of religious clichés. Such purposes are suggested via framing and form as well as content, to contribute not so much to a thesis as to a discourse of world-end.

She is the Wrigley Fellow and Lecturer in Classics at Girton College, Cambridge, and Newton Trust Lecturer in the Faculty of Classics.  She received her PhD at Trinity College in 2007.  Her research is centred on Hesiod and Plato and the ancient construction of traditions and generic forms, especially 'didactic' literature of all kinds, in dialogue with these authors.  Broader interests include cultural interaction and concepts of authorship and satire.  Her first monograph, Playing Hesiod: the 'myth of the races' in Classical Antiquity, is forthcoming with Cambridge University Press. 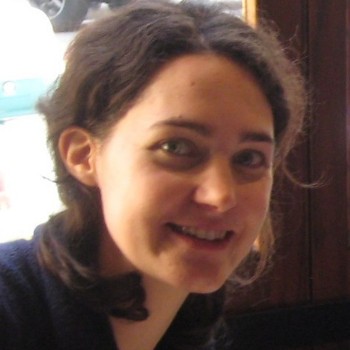