Beyond the five senses in cinema

Film Studies has recently embraced the sensory aspects of cinema, most notably in explorations of the way touch is implicated in film. Existing work on the senses is almost universally organised around the Aristotelian set of five. I wish to address perceptual questions lying beyond this. The map of the human sensorium grew significantly during the twentieth century. Meanwhile, cinema has continued to test its own boundaries as a kind of virtual reality, witnessed in 3D. In this new project, I will consider modes of sensation which are less readily discernible than the conventional quintet and accordingly have a shorter history of commentary in the humanities. The first strand of my enquiry addresses human sensation. The starting point will be an exploration of the ways in which proprioception can be implied by the camera. Following this, I wish to probe the possibilities of representing and identifying with the interoceptive senses by which the viscera make themselves known to each other and to the mind, constructing a sense of the self as a closed system.

The second facet of this project considers animal senses. I will consider animal senses in film, encompassing both defamiliarised forms of sensation (for example, compound-eye vision) and those which are incommensurable with human experience (such as echolocation). Film has always been considered to have revelatory qualities, and the nature documentary explicitly pushes this function through techniques like slow motion. I will ask how far this might be translated into identificatory masquerade for the spectator: can the body implied by film ever be non-human?

Georgina Evans is an Early Career Fellow at CRASSH, Lent 2012.

She is a lecturer in the Department of French.  She works mainly on contemporary French film. She has a particular interest in inter-sensory relationships in cinema, and the workings of synaesthetic narrative. Dr Evans has published work on the French films of Michael Haneke and Krzysztof Kieslowski, and also has a particular interest in Claire Denis. Her next project examines the idea of home in French cinema. 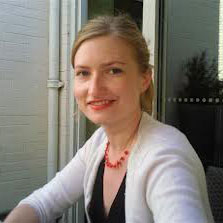