In addition to bringing to press two monographs, George Oppitz-Trotman is the editor of a forthcoming volume of essays, international and interdisciplinary in scope, on the subject of Early Modern Debts.

His work on the ‘Law and Literature’ strand of Crossroads of Knowledge concentrates on a clutch of issues involved in the cultural and legal category of liability as it emerged in the sixteenth century. These include insurance and risk, fault and (proto-)tortious responsibility, accident and causation; with special reference to literary comprehension of liability, its bearing on explorations of motive, cause, and probability. George’s thinking about this begins at the end of Romeo and Juliet, when Friar Laurence reflects on how accidental noises and interdictions prevented him from saving the lovers: ‘if aught in this / Miscarried by my fault, let my old life be sacrificed, some hour before his time, / Unto the rigour of severest law’. Shakespeare makes liability ‘severest law’ not only because it could seem severe in its punishments where responsibility was doubtful, but because doctrines of liability appeared as the severest (or most rigorous) possible execution of legal knowing at the uncertain limits of human agency; and because judging the tragedy in terms of fault and responsibility manifests a curious, litigious severity, given that the play's improbable circumstances are plausibly tragic.

George Oppitz-Trotman is a Research Associate attached to the ERC-funded project Crossroads of Knowledge. He was until 2017 an Alexander von Humboldt Foundation Postdoctoral Fellow at the Otto-Friedrich-Universität Bamberg; and before that, British Academy Postdoctoral Fellow in the English Faculty, Cambridge, and Research Associate of St John’s College. He received his doctorate in Cambridge and achieved Habilitation in Bamberg. Many people assume he is German.

He works on diverse aspects of early modern British and European cultural and literary history, with a special interest in how textual difficulty might be said to relate to theatrical embodiment both historical and speculative. George has also written on the Frankfurt School, Brecht’s group, and the reception of Shakespeare’s works in dramatic modernism. Latterly he has been thinking about how early modern theatre spaces were affected and shaped by questions of jurisdiction and liability.

Stages of Loss. The English Comedians and their Reception, 1585- (forthcoming)

‘Shakespeare’s Abandoned Cave: Bertolt Brecht and the Dialectic of ‘Greatness’’, in Giovanni Cianci and Caroline Patey, ed., Will the Modernist: Shakespeare and the European Historical Avant-Gardes (Oxford: Peter Lang, 2014), 165-186. 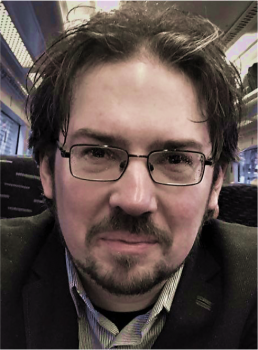