In 1820, revolutions broke out in Spain, Naples, and Portugal. The revolutionaries overthrew absolutist regimes and forced monarchs to accept written constitutions and some representative institutions. In the case of the Iberian countries, these years also were marked by the final dismemberment of their Atlantic empires. By 1823, the fledgling liberal governments in Southern Europe had collapsed. The leaders were imprisoned, exiled, or executed. Over the course of the succeeding decades, cycles of revolution and reaction dominated the politics of Southern Europe. The political tumult occurred against the backdrop of, and helped to inform, an extraordinarily fertile cultural moment, Romanticism, which in turn cross-pollinated the political thought of the epoch. By focusing on several leading political writers, poets, historians and novelists from different Southern European countries, the lecture will explore and analyze the intersections, connections, and divergences between Liberalism and Romanticism in Southern Europe in the first half of the nineteenth century.

He is an Assistant Professor of History at The Johns Hopkins University. A past fellow of Trinity College, Cambridge, Paquette is the author of a 2008 monograph on eighteenth-century Spain and Spanish America as well as articles published in the European History Quarterly, the Historical Journal, and the Journal of Latin American Studies. 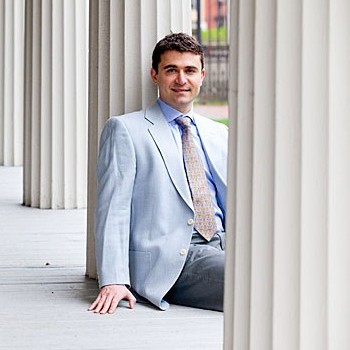