Natural Resources and their Impact on Economic and Political Institutions

Social scientists have long argued that differences in political and economic institutions are crucial in explaining the persistent economic, social and political differences observed across countries. The idea that natural resources cause weak institutions, which in turn lead to suboptimal outcomes, has a long history in the study of economic and political development. This idea is compelling because resource rich Latin America, Africa, and the Middle East have done quite poorly economically and politically. However, it has so far been difficult to properly test this proposition. Economists have largely focused on studies that look across countries and show that there is a relationship between their reliance on natural resources and weak institutions, but whether the relationship is positive or negative depends on the specific study. Furthermore, they have failed to successfully address the question of whether this relationship is causal.

The aim of my research project is to provide a comprehensive data-driven study of the relationship between natural resources and institutions. It will consider the key question of whether natural resource endowments have a causal impact on the quality of economic and political institutions, and will do so in a more disaggregated way than has been done before. In particular, it will ask the following questions: Which institutions are most affected? Is the impact particularly important on economic institutions? Or is it mainly on political institutions?  Are property rights and human rights affected to the same degree?

This will require that I collect a comprehensive dataset of natural resource endowments by country. I intend to do this by drawing from numerous sources, including geographic and geological data. I will also look closely at the history of some resource rich regions, particularly the Middle East and Africa.

Gabriel Leon is an Early Career Fellow at CRASSH, Easter 2013.

He is an economics lecturer and fellow of St. Catharine’s College, and a Newton Trust affiliated lecturer in the Faculty of Economics. He holds an A.B. degree from Harvard University and a D.Phil. in Economics from the University of Oxford. His research focuses on understanding the origin of political and economic institutions. More generally, he is interested in political economy, development, public economics, and environmental economics. 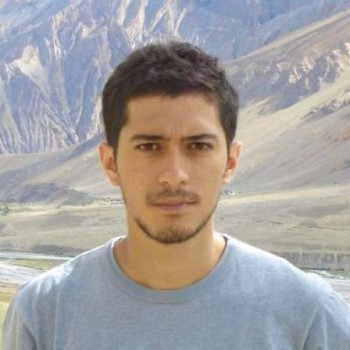