A Comparative Analysis of Manichaean Texts and Paintings

The present project aims to investigate two sets of recent Chinese Manichaean discoveries: new paintings from Japan and new manuscripts from China. These recent discoveries reveal new aspects of Manichaeism, a par excellence transregional world religion, which spread from Sasanian Iran to Europe, Egypt, Inner Asia and China. Although the nine new paintings, discovered and published between 2006 and 2012, are presently all in Japan, they ultimately derive from Yuan or Ming dynasty (14th-15th c.) southeast China. The textual material was discovered in southeast China (Xiapu county, Fujian province) in 2009.

The project endeavours to offer new interpretation of five of these major Chinese Manichaean discoveries. In all the five cases, I will make use of an interdisciplinary approach by combining philological means with methods applied in the field of religious studies and art history. My fundamental method is to continually contrast the written and the visual Manichaean sources. The five objects of my research are the following:

(i) The Xiapu textual material;

(v) The Birth  of Mānī painting.

By applying a comparative and interdisciplinary perspective, the analysis of the Xiapu material and the four new paintings can greatly contribute to our understanding of Manichaeism, which might in turn offer new insights for art historians and historians of religions.

He is a historian of religions affiliated to the Department of Chinese Studies at Eötvös Loránd University (ELTE), Budapest. He holds an M.A. in Religious Studies, and a PhD in Chinese Studies from ELTE University. In 2008–2009, he was a JSPS post-doctoral fellow at Kyoto University. His main research focuses on Chinese Manichaeism, especially on the relationship between its textual and visual remains.

'The Protagonist-catalogues of the Apocryphal Acts of Apostles in the Coptic Manichaica - a Re-assessment of the Evidence', in B. Eszter, G. Andras & H. Andrea (eds), From Illahun to Djeme. Papers Presented in Honour of Ulrich Luft, Archaeopress, Oxford, 2011, pp. 107-119.

2012-13
Dr Wilson Jacob (Concordia University)
Cultures and Politics of the Transregional: Sovereignty between Empires and States 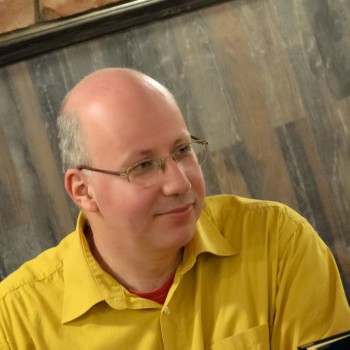