Frank Pasquale researches the law of artificial intelligence, big data, and algorithms, with a special focus on health care. He has testified before or advised groups ranging from the Department of Health and Human Services, the House Judiciary Committee, the Federal Trade Commission, and directorates-general of the European Commission. He is the author of The Black Box Society (Harvard University Press, 2015), which develops a social theory of reputation, search, and finance, and has been translated into Chinese, Korean, French, and Serbian. The book offered critical legal commentary on algorithmic approaches to marketing, and recommended law & policy to make search engines and social networks more accountable.

Frank has served on the NSF-sponsored Council on Big Data, Ethics, & Society. He also co-hosts the podcast The Week in Health Law, which has featured several leading public health law scholars. Frank has co-authored a casebook on administrative law and co-authored or authored over 50 scholarly articles. He is convening the Medical Automation and Robotics Law & Policy Roundtable at the University of Maryland later this year. He is now at work on a book tentatively titled Laws of Robotics: The Future of Professionalism in an Era of Automation. 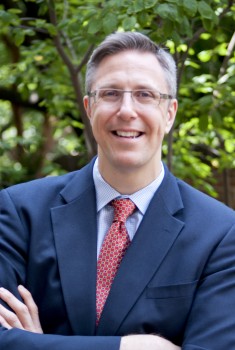