Felix was a research associate on the ERC-funded project ARTEFACT and is a current member of the Centre for Global Knowledge Studies (gloknos), since January 2019.

He investigates the historical sociology of international politics, with a focus on protest, resistance and critique. He particularly analyses social movements and other critics and their relations to international organisations in the fields of economic policy, development, food and agriculture. In his current project at CRASSH, he investigates possibilities for solidarity across difference and how imaginaries of “the global” constitute, inform or undermine such solidarity. He utilises a mix of methods such as discourse analysis and ethnographic approaches and has gained much of his experience during fieldwork in South-East Asia, especially Indonesia.

Prior to joining CRASSH, Felix worked as a research associate at the Cluster of Excellence: The Formation of Normative Orders at the University of Frankfurt. In his PhD project, he analysed mechanisms of rule in 'global governance' with the example of the World Bank Group’s interaction with transnational protest movements. In 2016, he spent three months as a visiting scholar at the Elliott School of International Affairs (Washington DC). He obtained degrees in Political Science and History (BA) from Freiburg University and 'International Relations: Global Governance and Social Theory' (MA) from Jacobs University and the University of Bremen.

The Epistemics of Solidarity: ARTEFACT-SOLIDARITY investigates Imaginaries of the Global in Solidarity across Difference

Global solidarity is in crisis. Not only have the 'globalists' been viciously attacked by right-wing politicians in the OECD-world, the traditional 'receivers' of solidarity in the Global South have increasingly highlighted the dependencies created in the project of global solidarity. In the aftermath of the postcolonial critique of development, progress and paternalism, one could get the impression that the 'claim to the global' is itself problematic. Solidarity movements have therefore tended to localise, both geographically and in substance. 'Another world is possible' simply sounds too abstract and too detached from the lives of many.

How, then, is solidarity across difference possible? ARTEFACT-Solidarity investigates the ways in which solidarity politics across difference depend on and often fail due to their specific conceptions of 'the global': many attempts at solidarity have been delegitimised because of their expansionist and prescriptive impulses. Yet, the making-global of particular epistemic norms appears logically prior to render solidarity across difference meaningful – and to practice it accordingly. Hence, there is a strong connection between solidarity with 'others' on the one hand, and the concept of the global and its generalising, universalist attire on the other.

Building on these tensions, this project theorises how practices of solidarity across difference are constituted by a specific imaginary of 'the global', and how new forms of world-making with their encompassing global imaginaries are constructed by these very practices. The four attempts of world-making that will be examined are:

ARTEFACT-Solidarity is part of the CRASSH project ARTEFACT, which is funded by the European Research Council under the European Union’s Horizon 2020 Framework Programme for Research and Innovation (ERC grant agreement no. 724451). 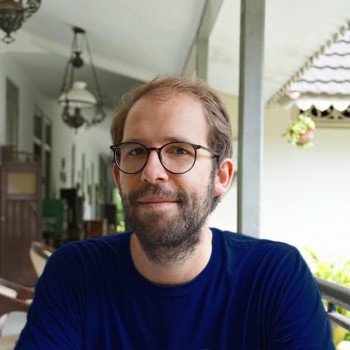