Eric Nelson is a CRASSH Visiting Fellow in Easter Term 2016.

During my period in residence, I will be pursuing an on-going project on the theory of justice.  In particular, I wish to challenge the coherence and moral attractiveness of what has arguably become the central normative premise of contemporary Anglophone political philosophy: John Rawls’s idea of “moral arbitrariness.”  Rawls and his many disciples regard society as a cooperative scheme among free and equal individuals, none of whom has any entitlement to a larger share of the social product than any other citizen.  These theorists concede that some citizens are more productive than others, but they deny that unusually productive members of society have a claim to the greater value that they produce.  The fact that some citizens are more productive than others is dismissed as “arbitrary from a moral point of view,” on the grounds that we cannot be said to deserve, or be responsible for, the features of our person that cause us to be better or worse at producing value.  These features include not only our degree of intelligence and our talents, but also (for some) our level of industriousness and commitment to excellence.  All of these facts about us are regarded as “given” from outside, the products of some combination of heredity and environment.  Egalitarianism has thus come to depend upon the conviction that our actions and decisions in the realm of production cannot be attributed to us in the morally relevant sense; we cannot claim to have earned or merited the fruits of our labor, from which it is taken to follow that these fruits should be distributed by the “basic structure” of society in an egalitarian fashion.  I hope to illuminate what is distinctively wrong with this approach to moral agency in part by exploring its theological origins.  I will then offer a constructive account of how we should think about distributive justice once we have set egalitarianism aside.

Eric Nelson is the Robert M. Beren Professor of Government at Harvard University.  His research focuses on the history of political thought in early-modern Europe and America, and on the implications of that history for debates in contemporary political theory.  He is the author of The Royalist Revolution: Monarchy and the American Founding (Harvard/Belknap, 2014), The Hebrew Republic: Jewish Sources and the Transformation of European Political Thought (Harvard/Belknap, 2010), and The Greek Tradition in Republican Thought (Cambridge University Press, 2004). He has also edited Hobbes's translations of the Iliad and Odyssey for the Clarendon Edition of the Works of Thomas Hobbes (The Clarendon Press, Oxford, 2008). His books have received several prizes and his essays have appeared in a wide range of scholarly journals and edited volumes. Nelson received his AB summa cum laude from Harvard University (1999) and his PhD from The University of Cambridge (2002). He has also been a Junior Fellow in the Harvard Society of Fellows, a Fellow of Trinity College, Cambridge, and a British Marshall Scholar. 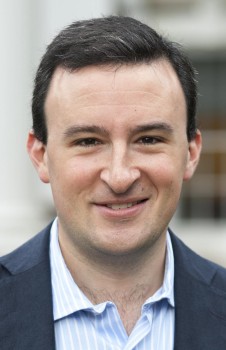