Concepts of Democracy in Mid-Twentieth-Century Africa

The mid-twentieth century was a time of transition in Africa, symbolised by iconic images and words, from Harold Macmillan’s ‘Winds of Change speech’ to the lowering of Union Jacks and Tricolours and the raising of new national flags. Kwame Nkrumah’s declaration that the twentieth century was ‘Africa’s century’ seemed to capture the optimism and hope of the time.

The nature of this transition has for a long time been explained using the shorthand of ‘nationalism’, under which banner historians have described and analysed the social and political shifts which led to the transition from colonial to post-colonial regimes around 1960. But this focus has obscured other stories. For while not all those reflecting on and arguing about politics were nationalists, all were asking serious questions about the nature of government and the state, and asking what types of citizenship and what forms of accountability might be possible in a period of political reform. These debates have too often been forgotten, squeezed out because they did not fit into over-arching narratives. My project seeks to recover these arguments and to do so in a comparative context, taking ‘concepts of democracy’ as a focus.

The concept of democracy is often understood as a western export, either accepted or rejected wholesale. In contrast, this project seeks to explore it as a ‘concept in translation’, investigated through a comparative case study of four African countries in the era of decolonization. I plan to look at four countries, Tanzania, Senegal, Kenya and Cameroon, and consider how democracy and political accountability were conceptualised in the mid-twentieth century. This is not a study of ‘great men’ and their thoughts, rather I intend to seek out public thinking in diverse forums, from letters to the editor in local and national newspapers to local histories and petitions and letters preserved in national archives, as well as more conventional texts such as parliamentary debates and political speeches. I hope to use my time at CRASSH to work on a book arising from this research, taking advantage of the interdisciplinary environment which CRASSH offers to do so.

Emma Hunter is an Early Career Felow at CRASSH, Easter 2013.

She is College Lecturer in History at Gonville and Caius College, and Newton Trust Lecturer at the Centre of African Studies. She was awarded her PhD from the University of Cambridge in 2008. She is currently completing a book which is provisionally entitled Freedom and Belonging: Concepts of Political Society in mid-twentieth-century Tanzania, and beginning research for the project ‘Concepts of Democracy in mid-twentieth-century Africa’. Her wider research interests in the field of political and intellectual history focus on ideas of citizenship and accountability in twentieth-century Africa, and the history of language, translation and print culture in Africa. 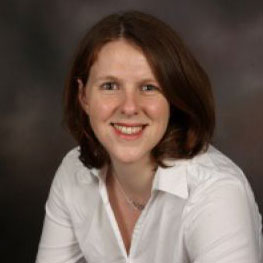