Dr Emily Kate Price is a Cambridge Early Career Fellow and will be at CRASSH in Michaelmas Term 2020.

While at CRASSH, I will be working on a book project, tentatively titled Thinking Feeling: Fortune and Misfortune in Medieval Song, which asks how song helps people to know and understand the contingency of their own existence in the Middle Ages and beyond. Offering new ways of reading song as at once affective and knowing, my project will combine close readings with theoretical insights from ancient and medieval philosophy, as well as from a range of discussions in contemporary critical theory and from across the disciplines, including musicology, sound studies, affect theory and ecocriticism.In doing so, it aims to investigate how song’s relational quality – often rooted in its sensory and affective materiality, that is, in its structures and sounds – might facilitate an alternative form of knowledge about contingency and time, making these songs philosophical, or knowing. The book will assemble a corpus of works composed in different languages and across different periods and regions. It thus also asks how we might conceive differently of relationships between texts, manuscripts, readers, territories and periods. In re-writing a transtemporal history of medieval song as a medium that is used both to feel and think, the project will therefore also ask questions about the writing and scope of intellectual history itself.

Emily Kate Price is Lecturer in Modern and Medieval Languages (French) at Robinson College, Cambridge, where she has taught since 2018. She holds a BA and M.St. from Oxford University, and a PhD from New York University; she has been a pensionnaire étrangèreat the École Normale Supérieure in Paris and held a fellowship at the Institute of Modern Languages Research at the University of London from 2017-2018. Her research to date explores the (inter-) cultural and philosophical stakes of medieval and later lyric in French, Occitan and Italian. She has written on the early reception of troubadour song in Catalonia, on Bruno Latour and medieval lyric futures, and on Petrarch’s tears. 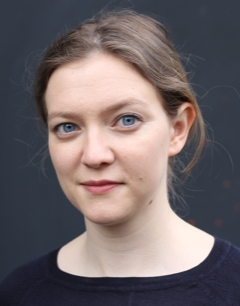