This monograph project, provisionally titled Error and Ecstasy: The Experience of Knowing in English Literature, c.1509-1685, explores the rich, reciprocal forms of influence that early modern literature and natural philosophy exerted on each other. On the one hand, I investigate the ways in which early scientific writing and methodologies exploited modes associated with rhetoric and poetics. I argue, for example, that Bacon frames metaphor not as mere embellishment, but as an epistemologically productive tool: metaphor can divulge what Bacon calls ‘the common adjuncts of things,’ which are obscured by conventional distinctions between different fields of knowledge. Conversely, I am interested in the ways that diverse literary forms appropriate epistemological and perceptual modes associated with natural philosophy (for instance, the association between certain genres of writing, including satire and spiritual autobiography, and anatomical dissection).

The project has four main strands. The first offers a historically-informed critique of the aphorism ‘knowledge is power.’ I argue that this equation is not a self-evident truth, but rather a strenuously constructed product of specific humanist ideologies. Ranging across literary and natural philosophical sources including Montaigne’s Essais, John Webster’s The Duchess of Malfi, and early Royal Society records, I identify moments where the cultivation of knowledge is imbricated with experiences of humiliation, pain, and debility. The second strand explores the relationship between experimental science and ancient ethical imperative ‘know thyself.’ I consider the ways in which authors including Phineas Fletcher and Guillaume Du Bartas articulate the quest self-knowledge in arrestingly corporeal, haptic terms, invoking epistemological processes more usually associated with empirical science. Additionally, I consider the extent to which self-experiment served for early scientists (notably, Isaac Newton) as a means of inculcating self-knowledge, as well as knowledge about the natural world. The third strand investigates how changing conceptions of space and time (in particular, the shift from Aristotelian to Newtonian physics) are reflected in works such as Marlowe’s Dr Faustus and Thomas Browne’s Religio Medici. Focusing especially on the ways in which competing temporal and spatial systems undergird questions about predestination and grace, I will ask how the capacity of written language to organize and manipulate space and time participates in these epistemological and theological debates. Finally, the fourth strand asks how the new empirical methodologies that have become central to what we know as the life sciences fared when they were confronted with the final frontier of human knowledge: death. Reading Donne’s Anniversaries alongside contemporary research into the physical processes of putrefaction and decay, I ask whether early science always confronted death as an obstacle to understanding, or whether it played a more positive role as a stimulus to, and object of, natural philosophical enquiry.

Elizabeth L. Swann is Research Associate on the natural philosophy strand of the ERC-funded project Crossroads of Knowledge in Early Modern England: The Place of Literature (co-hosted by CRASSH and the Faculty of English), 2014-2019.

Previously educated at Oxford University (BA Hons, Faculty of English Literature and Language) and the University of York (MA and PhD, Department of English and Related Languages), between August 2013-2014 Lizzie was Haslam Postdoctoral Fellow at the Marco Institute for Medieval and Renaissance Studies, University of Tennessee, Knoxville. Her research focuses on the literature and culture of early modern England, with a particular emphasis on sensory history, historical phenomenology, and early modern epistemologies. Lizzie is in the final stages of preparing for publication a book project titled Taste and Knowledge in Early Modern England: 'Honey Secrets', which explores which explores the relationship between the physical sense of taste, and taste as a term for different forms of knowledge production (including, but not limited to, aesthetic taste), in English literature and culture between c.1558 and 1685. She is currently developing a new book project investigating points of contact between early modern natural philosophy and literature (especially the works of John Webster, John Donne, Thomas Browne, and Margaret Cavendish); foci include the place of metaphor in the development of empirical science, changing ideas about time and space, self-experiment and the ethical imperative to ‘know thyself,’ the relationship between knowledge, pain, and power, and the place of death in the birth of the life sciences.

Error and Ecstasy: The Experience of Knowing in English Literature, c.1509-1685.

Jan 2015 ‘The Meaning of Making: Self-Experiment and Knowledge, circa 1660-1730,’ British Society for Eighteenth-Century Studies 44th Annual Conference, University of Oxford. 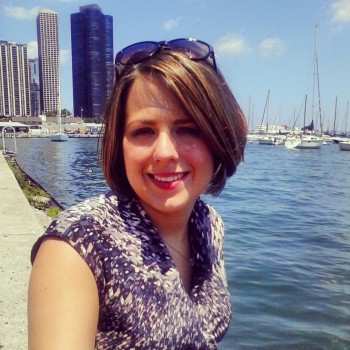