Frankenstein and the Question of Human Development

This book treats Mary Shelley’s “Frankenstein” (1818) as a profound work of speculative fiction that engages fundamental philosophical questions concerning human development. The modern myth of Victor Frankenstein and his “Monster” suggests to her readers the moral limitations of Enlightenment-era perfectionist models of understanding humanity and its potentially limitless development through science, politics, or experimental models of family life and education. Shelley thus enabled her readers to think through a core set of moral problems related to the definition, purpose, and ethical scope of human life in society and politics, especially pertaining to the family and children’s rights to care and education. The book will have three parts: philosophical sources for the Frankenstein myth (including Milton, Hobbes, Locke, Rousseau, Burke, Wollstonecraft, and Godwin); moral issues in the myth (understanding humanity and the family’s role in human development), and the myth’s political legacies (children’s rights).

Eileen Hunt Botting is a political theorist who has worked primarily on concepts of the family, women’s rights, human rights, and now, children’s rights.  She has a special interest in feminist political thought and literature of the late eighteenth century and nineteenth century in Britain and the U.S., especially surrounding the work and legacies of Mary Wollstonecraft, Hannah Mather Crocker, Mary Shelley, and John Stuart Mill. Her books include Family Feuds: Wollstonecraft, Burke, and Rousseau on the Transformation of the Family (SUNY, 2006), Wollstonecraft, Mill, and Women’s Human Rights (Yale, forthcoming), plus scholarly editions of Wollstonecraft’s A Vindication of the Rights of Woman (Yale, 2014) and Crocker’s previously unpublished Reminiscences and Traditions of Boston (NEHGS, 2011).  She holds a 2015-16 ACLS fellowship to write a book on Mary Shelley’s Frankenstein (1818) as a philosophical novel that presses its readers to consider the radical political question of children’s rights.  She graduated from Bowdoin College in 1993 with a B.A. in English literature and philosophy, read philosophy at Cambridge as a Marshall scholar from 1993-95, and earned her Ph.D. in Political Science from Yale in 2001. Since then, she has taught political theory at the University of Notre Dame, where she is an Associate Professor of Political Science. 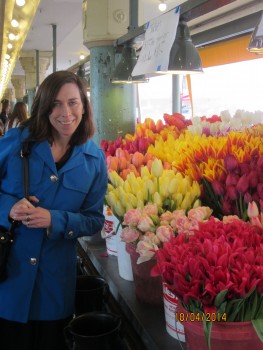