Early Modern English literature’s participation in the formative cultural debates of the British empire has been obscured by a regional division of research fields. My monograph project will examine exchanges between Anglophone writers living across the Atlantic world. It seeks to restore to a transatlantic context of literary production and interaction texts that are well known, such as Robinson Crusoe, and others which have been unjustly neglected, such as poems by the New Englander Edward Taylor. This study will challenge the established view that literary texts largely overlooked the development and foundational debates of the first British empire.

I will ask what kinds of ties and identities were imagined across the Atlantic’s developing economic interdependencies, diverse colonising projects, and asymmetries of power. I will examine the circulation and adaptation of George Herbert’s poetry and Paradise Lost through colonial New England and Virginia, as these texts helped to articulate the dynamic identities of settlers Britain. Chapters centred on the works of Aphra Behn and Daniel Defoe will ask how perspectives from an expanding corpus of texts representing colonial experience in the Americas, the Caribbean and Ireland were adapted for political debate. Finally, I will examine how the connections, debates and circulations brought to light in this study illuminate the poetry of James Thomson, who is often regarded as a foundational figure in the construction of imperial identity.

Edward Holberton is an Early Career Fellow at CRASSH, Lent 2012.

Heis a Lecturer at Girton College and affiliated Lecturer at the Faculty of English. He was awarded his PhD at Trinity College in Cambridge in 2006.  He was a post-doctoral fellow at the University of California, Berkeley from  January to May 2009.  Publications include Poetry and the Cromwellian Protectorate: Culture, Politics, and Institutions (Oxford University Press, 2008) and ‘Bellipotens Virgo’, Times Literary Supplement, (21 November 2008).

Dr Holberton's research interests are  seventeenth-century literature, especially poetry and drama of the civil war and Commonwealth periods; literature of the Atlantic world 1600-1730. 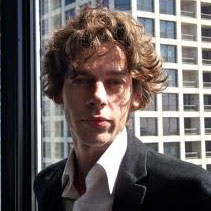