Dreamworlds of Empire: Utopia, Race and the Project for a New Anglo Century

While at CRASSH I will be conducting research for a book project, provisionally entitled Dreamworlds of Empire, which will explore British and American attitudes to global power, empire, and race at the end of the nineteenth century and into the first two decades of the twentieth. In particular, I am interested in how American observers viewed the British empire – as template for their own imperial ambitions, as a lesson from history about decline and fall, or as a competitor for global dominance – and how in turn the British viewed the growing power of the American state. Some of the most ambitious political projects of the time envisaged the unification of the two states – and of the British settler colonies in Australia, Canada and New Zealand – into a vast global ‘Anglo-Saxon’ political community. At CRASSH I will be researching how these debates drew on, and innovated within, existing languages of patriotism, race, nation, and state. And I will also be exploring how they invoked historical mythologies to bolster their visions and in doing so expressed a form of utopian desire, a belief in the world-transformative power of racial unity.

Duncan Bell is an Early Career Fellow at CRASSH, Lent 2013.

He a Senior Lecturer in the Department of Politics and International Studies, University of Cambridge, and a Fellow of Christ’s College. He works on the history of modern British and American political thought, with a focus on ideologies of empire, and aspects of contemporary political theory. He is the author of The Idea of Greater Britain: Empire and the Future of World Order, 1860-1900 (Princeton, 2007), as well as several edited books, the most recent of which (co-edited with Joel Isaac), is Uncertain Empire: American History and the Idea of the Cold War (Oxford, forthcoming). 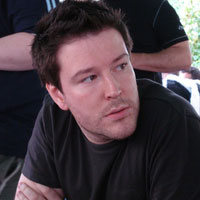