The availability of large textual datasets in recent years has enabled researchers to investigate the statistical structure of language on a scale not possible in previous decades. By combining tools from cognitive science with computational and statistical techniques for analyzing large databases of text, researchers have developed computational methods for automatically finding clusters of words that are related in meaning. Using these advances as a starting point, my research at CRASSH aims to develop novel computational methods that can be used to investigate historical cultural concepts, to track how they change over time, and to characterize their properties. Specific interests include concepts of place and space, abstract concepts, and methods for combining language-based statistics with other sources of information.

Dr Paul Nulty is a Research Associate with the Concept Lab, part of the Cambridge Centre for Digital Knowledge at CRASSH.

Paul's research focuses on applications of natural language processing to questions in digital humanities and social science. Specific interests include computational models of semantic relations between entities, and methods for extracting political concepts and ideological positions from text.
In 2013 he gained his PhD from the School of Computer Science in University College Dublin, on the topic of understanding and predicting lexical expressions of semantic relations between nouns, particularly in non-lexicalised English noun compounds.
From 2012-2015 he was a Research Officer in the Department of Methodology at the London School of Economics and Political Science, where he helped to develop (with Prof. Kenneth Benoit and others) R software for quantitative text analysis for social science. He also worked on general applications of computational text analysis to political science, such as content analysis of twitter data and ideological scaling of speeches and manifestos. 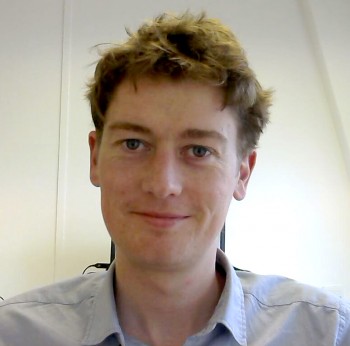