Architecture and the Flow of Immigrants to Canada

Beginning in the mid-19th century, the Canadian government and Canadian transportation companies built a network of immigration architecture across the country. “Immigration sheds,” where transoceanic liners would dock, immigrants would be processed, and from which trains of “colonist cars” would whisk them away to remote areas of Canada, were complemented by prairie immigration halls, by quarantine hospitals and detention centres, as well as by privately-run immigration facilities and land offices in railway stations. This architecture extended beyond the borders of Canada, as potential immigrants were recruited, and eventually examined and tentatively approved, in offices and clinics across Europe and elsewhere. While at CRASSH, I hope to compare and contrast the architecture, and more specifically the spatial processes, manifested at the different points of transregional movement. The goal of the project is to interpret official intentions evidenced by the architecture, but also to trace and locate unofficial, informal practices of people who occupied, used, and were processed through the spaces. Immigrant memoirs and oral histories offer insights into the ways that  the people who comprised these flows negotiated spaces of control and of new cultural experience.

David Monteyne is a Visiting Fellow at CRASSH, Lent 2013.

He is Associate Professor in the Faculty of Environmental Design at the University of Calgary, Canada, where he teaches history and theory of architecture and urbanism. In 2009, he was Visiting Scholar at the Canadian Centre for Architecture in Montreal. He is the author of Fallout Shelter: Designing for Civil Defense in the Cold War (Minneapolis: University of Minnesota Press, 2011). 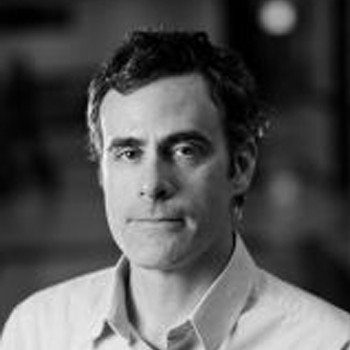