Freedom of Expression and the Future of European Data Protection

European data protection law sits in a relationship with profound tension with freedom of expression, a reality which now beginning to garner serious and sustained attention in the wake of the Court of Justice of the EU’s Google Spain “right to be forgotten” judgment in of 2014.  This body of law is also in a state of transition.  First and foremost, the EU has now adopted a new General Data Protection Regulation (GDPR) which will replace the existing Directive in May 2018.  Secondly, partly prompted by the entrenchment of data protection as a fundamental right in the Treaty of Lisbon (2009), Court of Justice jurisprudence is continuing to develop not just in Grand Chamber decisions such as Google Spain but also in less high profile ones such as Ryneš.  European Data Protection Authorities are also beginning to reassess their activities in response to this new context.

This project will explore the potential impact of these developments on the interface between freedom of expression and data protection.   From a more normative angle it will also consider how the GDPR might best be interpreted and applied within the Member States in order to ensure an appropriate and effective balance between safeguarding individuals and respecting freedom of expression.   Both these strands of work will explore specific knotty issues within both Court of Justice jurisprudence and the GDPR including the future of the domestic purposes exemption, the interface between data protection and the “intermediary” shields within the e-Commerce Directive and the potential impact both of the GDPR’s recognition of “academic expression” alongside journalism as a specially protected form of expression and its more general instruction to Member States to “reconcile” data protection with freedom of expression.   Although focused on questions of legal doctrine, the project will situate these and related questions within the broader political, economic and social context of the evolving European digital space.

David Erdos is University Lecturer in Law and the Open Society in the Faculty of Law and WYNG Fellow in Law at Trinity Hall, University of Cambridge.  David’s current research explores the nature of Data Protection especially as it intersects with the right to privacy, freedom of expression, freedom of information and freedom of research. His work has developed arguments about the nature, substance and operation of the law by drawing on rigorous comparative empirical analysis using both quantitative and qualitative methods. This analysis, which draws on his background in both law and political science, has demonstrated that in terms of the application of data protection law to journalism, literature and the arts, large differences continue to be apparent between European Union countries. Moreover, such differences appear to reflect broader fissures in legal culture. Anglo and Germanic jurisdictions have tended to insulate journalism from Data Protection, whilst the law of Latin and East European jurisdictions stipulate onerous data protection standards even in this sensitive field. A strict approach here also seems correlated both with tight restrictions in the cognate fields of social science and biomedical research and with stringent formal data protection standards generally. At the doctrinal level, his work within this field has focused on the difficulties of determining what sort of activities fall within the data protection derogation for journalism, art and literature and, more specifically, how data protection has affected the flow of information within research – an area where its stipulations have been taken relatively seriously. 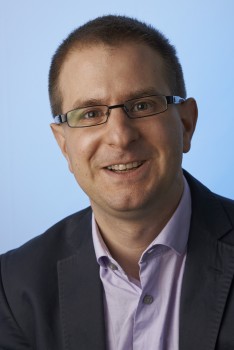