Dr Daniel Widener will be at CRASSH for the academic year 2018-19.

I am presently involved in three substantial research projects.

Third Worlds Within: multiethnic radicalism in 20th Century America
This book traces connections between communities of color inside the United States, exploring their spatial arrangements, cultural contours, political possibilities and innate contradictions.  The introduction was written in the immediate aftermath of the inauguration of Donald Trump, and its narrative poses a sharp antithesis between this country’s rapidly growing demographic diversity, on the one hand, and the persistence of existing structures of racialized capitalism on the other.  Tracing seven separate areas of interethnic convergence between nonwhite populations inside the United States, this book explores myriad spaces, whether residential neighborhoods, musical subcultures, visual culture, student activism, and labor organizing, in which ideas about unity between minoritized populations stood at the center of a vision of political transformation.

The Twice Forgotten War: African Americans and the Korean Conflict
Intended as the first comprehensive study of black participation in and attitudes toward “the forgotten war,” I use untapped sources, including radio broadcasts made by black prisoners of war archived by the C.I.A., soldier’s letters, military reports, and press accounts to examine military integration, black antiwar activity, race relations among servicemen, race and the “brainwashing” debate, and public perceptions of the conflict among African Americans at home.

Finally, I am finishing a political biography of African American visual artist Elizabeth Catlett, who spent the majority of her life living in exile in Mexico.  More specifically, this essay explores her ideas about the relationship between Black Americans and Mexicans, who she described as “her two peoples.”

Daniel Widener is Associate Professor of History at the University of California, San Diego.  He is the author of Black Arts West: culture and struggle in postwar Los Angeles (2010) and co-editor of Another University is Possible (2010) and Black California Dreamin’: The Crisis of California’s African American Communities.  He serves as faculty director of the PATH/Mellon Summer Institute of the Humanities.  He is currently at work on two books: Third Worlds Within: multiethnic radicalism in 20th Century America and The Twice Forgotten War: African Americans in the Korean Conflict.  His teaching areas include Cuba, California, the Cold War, the history of sport, third world revolutionary movements, and jazz. 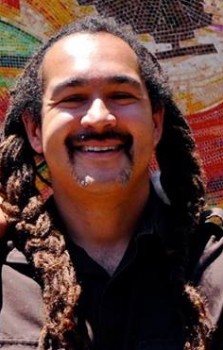