My current research aims to renegotiate of the boundaries of architectural history; to critically engage with past and present histories and disclose latent assumptions about ‘east’ and ‘west’ through the biases and absences in the writing of architectural and cultural histories. This work has developed from my recent engagements with architectural history and its historiography across a broad territory including the Middle East and China. Together these combine to produce an archive of systems of regulation and resistance in a transcultural context that help us understand the dynamics of flow across geographical and intellectual regions. Of particular interest here is the study of architecture produced in ‘distant’ and ‘different’ geographies that have been put under the totalizing rubric of the ‘non-west’. The ambivalence I seek to interrogate lies as much in the intellectual as in the historiographical geographies of the discipline, and it is here that the notion of transculturation comes to the fore as a means of repositioning the west within these. My case study is the architecture of the British concession in Tianjin (also known as Tientsin), China. Tianjin re-contextualises western architecture, and, specifically in this study, British architecture and planning, as it is transposed, deracinated and juxtaposed in an eastern (non western) environment. Tianjin brings new dimensions to the ambivalent geographies of architecture that offer fresh opportunities for re-thinking the borders of architectural history in a globalised, transcultural context.

Dana Arnold is a Visiting Fellow at CRASSH, Lent 2013.

Dana Arnold is Professor of Architectural History and Theory at  the University of Middlesex. She is Guest Professor, International Research Centre for Chinese Cultural Heritage Conservation, Tianjin University, China and Honorary Professor in the Faculty of Architecture at the Middle East Technical University, Ankara where she leads a British Academy funded research project that looks at architectural interaction between diverse cultures. Her monographs include: Rural Urbanism: London landscapes in the early nineteenth century (2006); Reading Architectural History (2002); Re-presenting the Metropolis: Architecture, Urban Experience and Social Life in London 1800-1840 (2000). She is also the author of the bestselling Art History: A Very Short Introduction (2004), which has been translated in to many languages. Her recent edited and co-edited volumes include: Art History: Contemporary Perspectives on Method (2010), Biographies and Space (2007) and Rethinking Architectural Historiography (2006). She was editor of the international journal Art History 1997-2002 and edits two book series New Interventions in Art History and Anthologies in Art History. Her forthcoming book: The Spaces of the Hospital is to be published by Routledge. 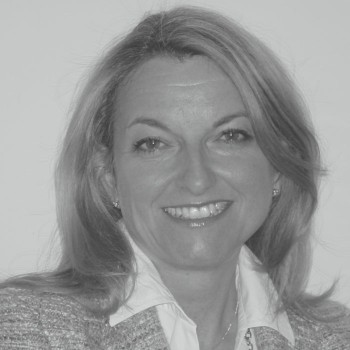