The Northwest Passage and the construction of Inuit pan-Arctic Identities

The geographic entity we know as The Northwest Passage has been home to Inuit groups that occupy the Arctic from Greenland to Alaska since time immemorial. While Inuit connections to their local home lands is well known, the existence of Inuit regional identities has not been fully analysed. There is, however, ample evidence of connections between Inuit groups across regions, to the point that a pan-Arctic sense of the territory could have existed, even before European exploration started, and certainly before Inuit were integrated to territories and nation states. While archaeological and linguistic evidence could be used to argue in favour of an Inuit pan-Arctic identity, my project will focus on the existence of a network of trails that is understood to have linked Inuit communities across the whole Arctic. This project is a contribution to a larger research endeavour that is seeking to articulate Inuit understandings of the Arctic coastal and maritime spheres. ??I will explore through ethnographic and historical research how far Inuit communities were historically involved in the use and exploration of the Arctic Archipelago, independently of visiting scientific travelers and explorers, as well as in collaboration with them. I will examine to what extent Inuit identity, with its known links to places of birth and occupancy, went beyond those places to encompass broader pan-Arctic regional constructions of place and community. I will link these findings to current debates about processes of nation-building and sovereignty in Canada and make a theoretical contribution to our understanding of how space and place are socially and politically constructed.

Claudio is a Visiting Fellow at CRASSH, Michaelmas 2011

Claudio Aporta is Associate Professor in the Department of Sociology and Anthropology at Carleton University in Ottawa. He is also a  Consultant in social and cultural anthropology, cartography, and Geographic Information Systems (GIS).  From 2004 to 2005 he was  Adjunct Professor in the Department of Anthropology, Université Laval.  Previous to this he worked in the  Department of Anthropology, University of Alberta.  From  1993-1996 he was a free-lance journalist and photographer for television, newspapers and magazines (Mendoza, Argentina). His current research interests include Inuit geographic knowledge and use of the sea ice, indigenous navigation and wayfinding, anthropology of technology, and applied anthropology. 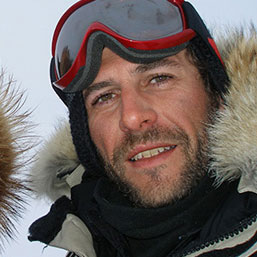