Populism and Economics in the Thought of Karl Marx

This project reconsiders the thought of Karl Marx by starting from a simple historical fact: in the mid-nineteenth century in which he wrote, it was widely believed that the popular revolution unleashed by the French in 1789 and 1830 would extend across Europe until it eventually succeeded at wresting control of society from narrow and undemocratic regimes. Marx saw himself as a theorist of this ongoing popular revolution, and he worked to provide a framework for channeling it in one direction rather than another. After 1843, he was convinced that to avoid succumbing to internal division, it would need to hold the support of emerging working classes by rallying around a programme that went beyond universal suffrage to include radical economic reform.

This crucial nineteenth-century context has been largely obscured by twentieth-century debates between orthodox interpreters, who portray Marx as a social scientist uncovering deterministic laws of history, and humanists who counter by playing up ethical, democratic, or anarchistic elements in his thought. This has encouraged those who rightly appreciate the political orientation of Marx’s project to ignore or downplay the detailed claims of his economic thought, and to miss the genuine importance for him of a sort of historical necessity that both enables and constrains. This project, by contrast, will show how Marx began from the presumption that the victory of the nineteenth-century popular revolution was inevitable, and drew on the language of political economy in order to draw working people into that contest on a certain side. This becomes clear when one considers Marx’s economic thought in its immediate political and intellectual context, particularly when one sees how much it was aimed at displacing Proudhon as the continent’s leading theorist of the political implications of economics for popular revolution.

Dr Chris Meckstroth studied at Harvard and at the University of Chicago, where he took his PhD in political theory in 2010. During his doctoral study, he spent a year as research exchange fellow at Sciences-Po Parisresearching the political thought of the 1848 revolution. His dissertation reconsidered the political theories of Kant and Hegel by showing their debt to a distinctive sort of indirect argument with roots in Socratic dialectic, and argued for the value of this sort of argument for thinking about questions of progress and change in contemporary democratic theory. The resulting monograph was published by Oxford University Press in 2015 as The Struggle for Democracy: Paradoxes of Progress and the Politics of Change.Meckstroth taught for three years in the Social Studies programme at Harvard University before taking up a University Lectureship in the History of Political Thought at Cambridge in 2013. Other publications include ‘Socratic Method and Political Science’, American Political Science Review106, no. 3 (2012): 644-660 and ‘Hospitality, or Kant’s Critique of Cosmopolitanism and Human Rights’, Political Theory 46, no. 4 (2018): 537-559. 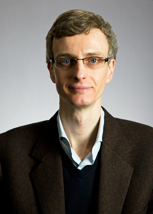