Cross-channel Devotions: The Writings of Elizabethan Puritans in England and the Netherlands

During the late sixteenth century, a considerable number of English and Scottish scholars and soldiers, merchants and religious exiles, travelled to the Netherlands, and often set up home there. The hundreds of English and Scottish households in cities such as Amsterdam, Leiden, and Rotterdam were quick to set up churches, and in most cases were hospitably entertained. One of these churches, attached to the company of Merchant Adventurers (English traders in woollen cloth based in Antwerp and Middelburg), was organised and established at the end of the 1570s, and many of the most prominent English Puritan divines and teachers of the day acted as preacher there.

This project attempts to understand these international connections not just as part of the history of religious exile and community, but also through the travels of texts – both literary and otherwise – across the English Channel. This documentary exchange was significantly more widespread, more varied, and more alert to literary as well as theological developments than has yet been appreciated, and consisted of exchanges that self-consciously followed the routes of trade and commerce, serving functions of community, devotion, and consolation at both ends. How, then, were texts and documents, printed books and manuscripts, letters and poems, transported and exchanged between English Puritans in England and those based in churches in the Netherlands? In what ways – literary, textual, and epistolary – and by what routes did these people speak to one another across the sea?

Christopher Burlinson is an Early Career Fellow at CRASSH, Easter 2012.

He is a Fellow in English at Jesus College, Cambridge. He works on late sixteenth and early seventeenth century literature, and is especially interested in poetry and textual communities. His publications include Allegory, Space and the Material World in the Writings of Edmund Spenser (Boydell & Brewer, 2006), an edition of Spenser's letters and papers, co-edited with Andrew Zurcher (Oxford University Press, 2008), a forthcoming edition of Ralph Knevet's Supplement of the Faery Queen, co-edited with Andrew Zurcher (Manchester University Press, 2012), and a special issue of Studies in English Literature (Winter 2012), co-edited with Ruth Connolly, entitled Editing Stuart Poetry. 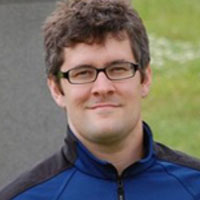