Christian Ilies is a CRASSH Visiting Fellow during Michaelmas Term 2015 and Lent Term 2016.

Manipulation as a Challenge for Ethics and Political Philosophy

We are not, despite what we would like to think, fully autonomous beings. Our incomplete autonomy is evidenced by the fact that we are often forced to behave in certain ways. But this is not the only evidence. The limitation of our freedom also expresses itself in more subtle ways. Human beings do many things because a context, social or otherwise, influences them, directly or indirectly, to desire, believe, or do something. Social manipulation is an opaque, omnipresent, and potentially troubling practice. In complex real-life situations we are rarely aware of it; partly because we are often affected in subtle, subliminal ways, and partly because the influencing factors are meant to remain invisible. Many people make use of this feature of human nature to alter the thoughts, feelings, and actions of the learned and the ignorant alike. Some individuals seem to have a “manipulative personality”, as Adorno famously (and critically) noted. But manipulation is also strategically employed in more public and studied forms to make people think and behave in certain desired ways. Goods in shops are arranged so that they catch our attention: marketing and manipulation are closely related. Advertisements direct our preferences (or even create new needs). ‘Spin doctors’ help present news in the media such that it is perceived in a preferred way. More recently, public policy-makers have discovered the possibility of ‘nudging’ people towards politically desirable choices by structuring the social world. Barack Obama, David Cameron, and Angela Merkel have sought the insights of behavioural economics.

Behavioural influence through manipulation is therefore an omnipresent reality, and philosophy, ethics, and political theory should pay more attention to it. Such is the aim of this project on manipulation. The project has, however, a wider interdisciplinary character. Insights into manipulation, its modes and its risks, can be gained from the social sciences, the human sciences, from history, and even from literature. For this reason, CRASSH, with its inter-disciplinary and stimulating environment, will offer an ideal setting for completing this timely and important project.

Dr Illies’ research focuses on ethics and meta-ethics, philosophy of biology, philosophical anthropology, and philosophy of culture and technology (particularly architecture). He is currently engaged in two projects. The first is a book on Ethics of Manipulation in which he analyses the omnipresence of manipulation in modern culture in an inter-disciplinary fashion. This work will be executed at CRASSH. His second project concerns architectural beauty and its contribution to sustainability. Aesthetically pleasing buildings and cities have qualities which make people care for them - an ethically highly desirable feature. Even though beauty seems an evasive concept, it should be placed high on the architectural agenda, for such we owe to the environment and to our fellow human beings.

Illies has published widely on ethical issues, philosophy of biology and architecture. He is co-author of Philosophy of Architecture, Cambridge Architectural Press 2014 (with N. Ray) and of a book on Darwin, Bamberg: Buchner 2005 (with V. Hoesle). With V. Hoesle, he also co-edited Darwinism and Philosophy, University of Notre Dame Press (2005). Illies is author of Philosophische Anthropologie im biologischen Zeitalter (Frankfurt a.M.: Suhrkamp 2006) and of The Grounds of Moral Judgement. New Transcendental Arguments in Ethics (Oxford University Press 2003). 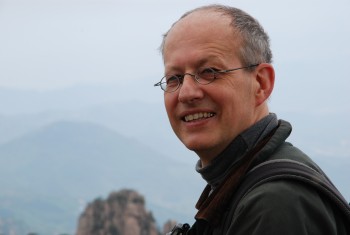