Dr. Charis Boutieri is a CRASSH Visiting Fellow and will be at the Centre until June 2019.

During her fellowship, Charis will complete a book manuscript on the interaction between democracy promotion and agonistic politics in post-revolutionary Tunisia. Embedded in the landscape of civic activism and civic training, this work is informed by a threefold goal: 1) Map out the pedagogical – disciplinary – practices that shape processes of public deliberation in the country 2) Explore the localized and often contradictory enactments of democracy on the ground through the lenses of class, generation, and gender and religious difference 3) Contribute to our knowledge about the social relations that emerge at the intersection of neoliberal expansion and liberal representative democracy in a space of political transition. In terms of the conceptual framework and scholarly contribution of this monograph, Charis intends to bring to light the intersection of social practices, cultural histories, and regulatory mechanisms – interpersonal, legal, technical – that constitute the terrain of the negotiation of democracy as a “form of sociality” (Moore 2016).  In other words, she wants to illuminate the way democratic transition invites people to relate anew to themselves and to others, vernacularizing along the way a number of normative assumptions of liberal democratic theory. The monograph draws on fieldwork conducted regularly between 2013 and 2016 with the aim to explore the vocabularies and practices that underpin the forging of democratic values and behaviours among Tunisian citizens as well as the intersection of these pedagogies with the conduct of everyday life.Fieldwork has been kindly supported by a King’s College London School of Arts and Humanities Seed Fund, a King’s College London School of Social Science and Public Policy Research Grant, and a Leverhulme Trust Fellowship (RF-2014-721, academic year 2014-2015).

Charis Boutieri is Senior Lecturer in Social Anthropology at King’s College London. Her research addresses knowledge production and dissemination in North Africa (Morocco and Tunisia), the imbrication of colonial, nationalist, and international development agendas, language and power, lived democracy and democratization, and citizenship. Her recent publications include Learning in Morocco: Language Politics and the Abandoned Educational Dream (Indiana University Press, 2016), articles in the Anthropology and Education Quarterly,the International Journal for Middle East Studies, and theJournal of North African Studies as well as contributions to edited volumes on North Africa, political transition, citizenship, and youth. She has also written opinion pieces for the online publications Jadaliyya and Open Democracy. Charis isco-founder of the Maghreb Academic Network, the first academic forum focused on the Maghreb region in the UK, associate editor for the Journal of North African Studies, and Treasurer of the Middle East Section at the American Anthropological Association. 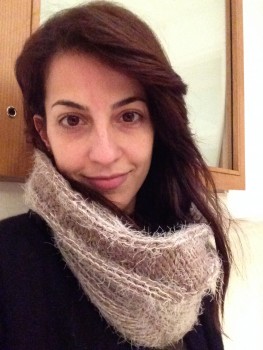