Dr Caroline Egan is a Cambridge Early Career Fellow and will be at CRASSH in Lent Term 2020.

As an Early Career Research Fellow, I will begin a project that explores how early colonial-era Amerindian authors imagined and wrote about the histories of Spain and Portugal. Scholars of colonial Latin American studies have productively explored the way Iberian and indigenous American writers viewed and represented the Americas. However, the perspective of Amerindian writers regarding Iberia also deserves close attention, as throughout the sixteenth and seventeenth centuries a number of indigenous and mestizo writers in Latin America saw the Iberian Peninsula as an important topic for historical study and poetic renderings. Writers from different regions in the New World poeticized and narrated Iberian history in varying ways, and studying their portrayals in comparison will provide a new perspective on colonial indigenous literatures.

Caroline Egan is a Lecturer in Colonial Literary and Cultural Studies in the Spanish and Portuguese Section and a Fellow of Emmanuel College. Caroline researches and publishes on the literatures and cultures of colonial Latin America, particularly 16th-and early 17th-century works in and about Amerindian languages and their circulation in a transatlantic context.Her work has appeared in publications including Hispanic Review and Romance Notes.

Caroline is a member of the Executive Council of the Colonial Section in the Latin American Studies Association (LASA). She completed her BA and MA at Penn State and her PhD at Stanford. She joined the Spanish and Portuguese section at Cambridge in 2016. 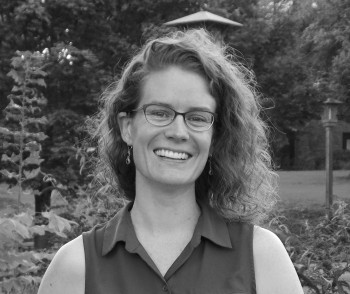