Dr Bryan Cameron is a Cambridge Early Career Fellow and will be at CRASSH in Lent Term 2020.

Beyond Dystopia: Reclaiming the Future in Crisis and Post-Crisis Cinema from Spain, 2008-2018

In this project I examine the ways in which the global financial crash of 2008 has permeated filmic imaginaries produced by Spanish directors over the last decade. The absence—or the embryonic status—of a political imagination capable of resolving Spain’s cultural political and economic crises has become a dominant motif in Spanish cinema, particularly since the eruption of the 15-M Movement in 2011. A range of cultural output produced over the last 10 years has attempted to grapple with this deficient imagination, adducing the need for ideas, solutions and instructions that could help Spain move beyond an apparently never-ending series of crises.

Thinking through the cultural embeddedness of crisis in Spain, my project builds on the recent work of political philosopher Marina Garcés to query what she describes as the ‘posthumous condition’ afflicting neoliberal democracies everywhere. This condition, which Garcés likens to a virus, has become the new dominant ideology, infecting citizens’ ability to imagine a future beyond what appears to be the inevitable destruction of the world in which we live. Moving “Beyond Dystopia,” therefore, my monograph interrogates a variety of filmic genres (documentary, drama, comedy, horror, science fiction, and action) while reflecting upon how Spanish filmmakers have searched for new tools—conceptual, historical and aesthetic—to imagine a future beyond the apocalyptic discourse of the twenty-first century.

Bryan Cameron is University Lecturer in Modern Spanish Cultural Studies in the Section of Spanish and Portuguese and a Fellow of Selwyn College. Bryan has published on the nineteenth-century novel, protest movements such as the 15-M, documentary and narrative cinema, and visual print media from 1975 to the present. His work has appeared in academic publications such as Revista Hispánica Moderna, Journal of Spanish Cultural Studies, Hispanic Review, Arizona Journal of Hispanic Cultural Studies, Bulletin of Hispanic Studies, Decimonónica, Hispanic Research Journal, and Letras Peninsulares. 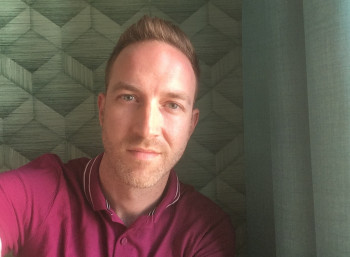