Visions of antiquity were central to the Victorians’ image of their own modernity. Ever since Gibbon’s Decline and Fall – a work which haunts all Victorian writing about past empires – the contested records of Roman martyrdom were a key point of divergence between providential and secular accounts of antiquity. For Thomas Carlyle, ‘Hero Worship’ was ‘the germ of Christianity itself’. But although the lives of exemplary men and women were a staple of nineteenth-century print culture, Christian hagiography was a problematic and contested genre. Saints’ lives were enthusiastically adopted by the Oxford movement as evidence for the Catholic continuity of the Church of England, yet for many Protestants such texts were theologically unsound accretions, fictive distractions from the divinely inspired text of scripture. In a society obsessed with chronology and progress, this ancient form still had the power to absorb the linear and contingent events of history into a recurring and circular model of devotional time. My project examines the persistence of martyrology as a genre – in historical novels, sermons, hymns, travel writing, painting and stained glass – by examining both Victorian representations of ancient martyrdom and the recapitulation of these tropes in accounts of modern martyrs.

Brian Murray is a Bible and Antiquity Postdoctoral Research Fellow at CRASSH.

Before joining CRASSH, I was Teaching Fellow in Victorian Literature at King’s College London and facilitator of the Leverhulme-funded research network Commodities and Culture in the Colonial World, 1851-1914.  I completed my PhD on Henry Morton Stanley and the literature of African exploration at King’s College London in 2011, having previously studied at Oxford and Trinity College Dublin. I have recently published articles on temporality and technology in Victorian exploration narratives, Dickens’s travel writing and Victorian Afrocentrism and I am currently editing a new edition of Stanley’s In Darkest Africa (1890) for Broadview Press. 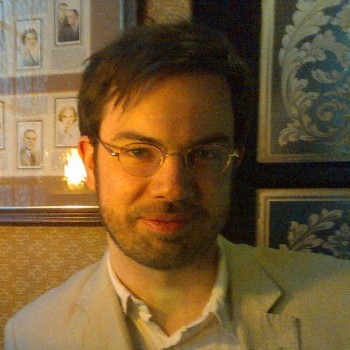