Waiting for the Barbarians: Constructions of “Rising Powers” in World Politics

I am currently working on my second solo book project, provisionally entitled ‘Waiting for the Barbarians: Great Powers and Future Visions in World Politics’.  This project aims to compare across world history various ‘great power’ perceptions of potential rivals as well as concerns about decline and to assess the accuracy of such perceptions in understanding systemic conditions. The project has a secondary goal of using these historical comparisons to evaluate the quality of the views about 'rising powers' that characterise current policy thinking in the United States as the contemporary great power.

The research, which builds on surveys of secondary sources from relevant disciplines, thus draws upon four polities whose positions in the system of their time resemble that of the United States now in terms of hegemonic power/unipolarity, though each polity also represents a different political era and sovereignty configuration. These polities are Ancient Egypt, Rome, the Ottoman Empire, and the British Empire. The aim is to discern how decision makers in each case understood/imagined the future of the ‘system’ as well as the 'rise' of their potential rivals. For each case, I am interested in to what extent the decision-makers in these polities were able to understand and shape the environment they are in. I also plan to use my findings to discuss how the understandings of the 'international system’  (or the external environment of polities more broadly defined) have evolved across ages.

Ayşe Zarakol is a University Lecturer in International Relations at POLIS and an official Fellow in Politics at Emmanuel College.  She is also affiliated with the University of Cambridge Centre for Rising Powers as a Senior Research Associate. Prior to Cambridge, she was an Assistant Professor of Politics at Washington and Lee University in USA and a Council on Foreign Relations International Affairs Fellow in Washington, DC. 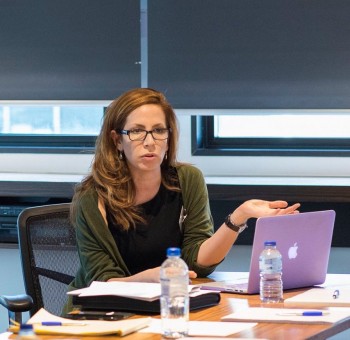