Bread and Roses: Law, Labour and Development in the Context of the “Gujarat Model”

This project will put current law and development theory in dialogue with representative empirical trends in development – as exemplified by the attempt to replicate the “Gujarat-model” policy-package on a national scale in India, with significant impacts on the trajectory of global development. Using labour laws in the textile industry in Gujarat as a case study, it will attempt to illustrate that the key questions that the development process must confront are normative as much as empirical – and that the turn to positivism in both law and economics impoverishes the ability of the current development discourse to engage with, and address, these compelling dilemmas.

Antara Haldar is the University Lecturer in Empirical Legal Studies at the Faculty of Law, University of Cambridge. Dr. Haldar teaches law and economics, legal theory and Cambridge’s first-ever course in law and development. She holds degrees in both law and economics, and was educated at St. Stephen’s College, University of Delhi, Trinity College, University of Cambridge and Columbia University. She has held prestigious fellowships at the Committee on Global Thought at Columbia University and at Columbia Law School, and was a Jean Monnet-Global Governance Fellow at the European University Institute. She was invited to serve on the scholarly committee of the American Bar Association’s inaugural World Justice Project, has been a consultant to the United Nations on “inclusive finance”, an advisor on trade to the House of Commons and serves as a Senior Research Associate at the Judge Business School. She has been the recipient of numerous grants and academic awards including from the Economic and Social Research Council, the Cambridge Political Economy Society Trust and the Jawaharlal Nehru Memorial Trust. She was awarded the Oxford-Princeton Global Leaders Fellowship, as well as Cambridge’s highest honour for legal scholarship – the Yorke Prize. She has also been involved in grassroots legal reform efforts in India, South Africa and Canada. She is a Fellow of Peterhouse. 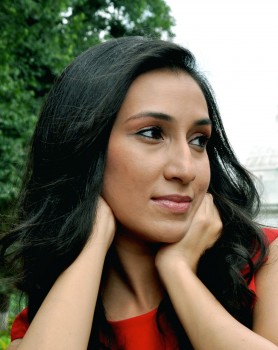