I was born 1974 in southern Westphalia, studied history, philosophy and English literature in Cologne and Bonn. State examinations in 2001, Dr.phil. 2006, Habiliation 2015. I am currently a Lecturer in British history at the University of Muenster, Germany, where I am also a Principal Investigator in the DFG-Collaborativ Reserach Centre „Cultures of Decision Making“ (SFB 1150) and the Cluster of Excellence "Religion and Politics“ (EXC 212).

I am interested in the cultural history of diplomacy and foreign relation in the early modern world, the visual history of religious violence, the history of buerocratic and parliamentary procedures of decison making and the history of political crime. The history of conspiracies is a major point in my forthcoming book on the history of treason and treason trials in England from the 16th to the middle of the 19th century (Aschendorff books 2017) and also of two volumes which I am editing. One is a cultural history of treason and treason discourses from the antiquity to the present ("Verräter. Kulturgeschichte eines Deutungsmusters, Cologne (Böhlau) 2017"), the other collects essays on assassinations and conspiracies as political crimes, ca. 1400-1900 (to be published 2017 by Constance University Press). 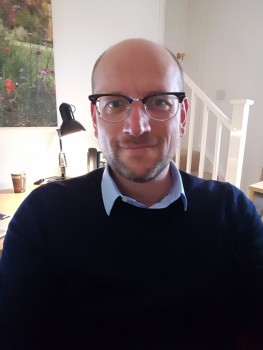