Dr Amy Erickson is a Cambridge Early Career Fellow and will be at the Centre in Easter Term 2019.

I focus on women’s work in England in the period before 1851 (when the first individual-level census was undertaken). Information on women’s work in this period is limited, whereas men’s occupationswere regularly recorded in parish registers on the occasion of their marriage or the baptism of their children. This data allow us to estimate the male labour force in a way which is impossible for women. Whereas 41% of adult women in 1851 were in regular employment, there is reason to believe that female labour force participation was much higher in earlier centuries. I have approached the issue from different angles, exploring the relationship between employment and marriage, and examining particular industries in orderto understand women’s work within them. During my fellowship I am writing on the gender division of labour in pin-making. In the opening sentences of The Wealth of Nations(1776), Adam Smith used the pin-making industry as the prime example ofthe advantages of the division of labour, describing twenty-two different steps in pin-making, each carried out by a different man. In fact, the pin-making appears to have been dominated by female labour from the sixteenth century, when the industry first began inEngland, through the nineteenth century. I am particularly interested in the ways in which a Victorian lens leads historians to assume men’s economic agency while blinding them to women’s.

Dr Amy Louise Erickson earned her PhD in History from Cambridge in 1991 and held a Research Fellowship at Girton College. She then spent twenty years working on short-term, part-time contracts in order to accommodate caring responsibilities, before taking up a lectureship at Cambridge in 2013.  She is co-director of the research programme on the ‘Occupational Structure of England and Wales 1379-1911’ in the Cambridge Group for the History of Population & Social Structure (www.campop.geog.cam.ac.uk). Publications includeWomen and Property in Early Modern England (1993), The Marital Economy in Scandinavia and Britain 1400-1900 (2005) co-edited with Maria Ågren, ‘Married women’s work in eighteenth-century London’, Continuity & Change 23 (2008), ‘Mistresses and marriage; or, A short history of the Mrs’, History Workshop Journal 77:2 (2014), and ‘Esther Sleepe, fan-maker, and her family’, Eighteenth Century Life 42:2 (2018). 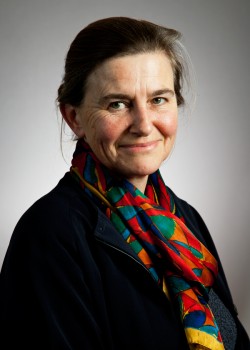