On the Natural History of Russian Gardens

At the end of The Cherry Orchard, Chekhov’s inexperienced idealist, Trofimov, declares that “all Russia is our garden” — a phrase shot through with both the intimacy of domesticity and the responsibilities of ecological stewardship.  Taking a cue from this play’s famous line, I consider Russian gardens as they are created and tended by man, but also open up onto the environment beyond.  Chekhov sees, however, what his characters cannot: that the garden is not an atemporal Eden, but a garden planted by serf labour, and susceptible to the changes wrought by the passage of time—generational, ecological and historical.

This project focuses on two particular gardens: the ancestral estate of Lev Tolstoy, Yasnaya Polyana; and one of the world’s most northerly botanic gardens, located on the Solovetsky Islands in the White Sea— famous as the site of a monastery dating from the fifteenth century and of an early Soviet forced labour camp, precursor to the Gulag.

Both sites have been marked by destruction and human suffering, by war and by forced labour. What histories of human suffering and destruction can be told by placing these garden-landscapes at the centre of such an inquiry?  Today, both sites are museums and tourist attractions, where contemporary questions of ecological conservation are inseparable from historical preservation and cultural memory.   Alongside the histories that unfold from these sites, I will study documentary and literary treatments of these places and the natural histories that have been written of them in order to understand how, in the particular context of Russian modernity, the natural world has been experienced, studied, remembered, imagined and cared for.

Dr Alyson Tapp is University Lecturer in Russian Literature in the Department of Slavonic Studies and Fellow of Clare College. Her research interests lie in Russian literature of the nineteenth and early twentieth centuries. Her work in this period has extended across poetry and prose, unified by questions of genre, narrative and subjectivity.  She is completing a project on elegy in the work of Pushkin and his precursors, while other recent publications have been on Tolstoy, Dostoevsky, Lydia Ginzburg, and the modernist culture of St Petersburg.

Alyson Tapp received her PhD in Slavic Languages and Literatures from the University of California, Berkeley, and taught at Reed College, Oregon before returning to Cambridge in 2014.

“Earwitness: Sound and Sense-Making in Tolstoy’s Sevastopol Stories.” Hearing Crimea: Sound and the Unmaking of Sense in Nineteenth-Century Wartime, ed. Gavin Williams (under review at OUP). 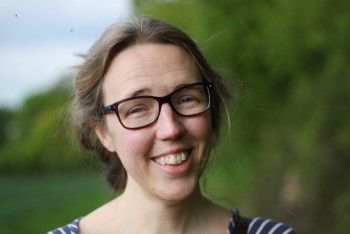