My work focuses on a single complex question: what are Universities really for?

I’m particularly interested in how and under what conditions the purposes of Universities are reimagined and re-articulated; and how that work can be done most persuasively and effectively.

Currently I’m exploring this question via three projects, mostly oriented towards cultural and intellectual history and the emerging field of Critical University Studies:

• attentiveness to the language of and about universities: concept histories and keywords analysis

• the intersection of relationships and politics within contemporary universities, especially in terms of academic citizenship

I’ve also written on genre, authorial collaboration, nineteenth century natural history, classification practices, life-writing, secularism, pleasures and anxieties in scholarly work, and the history of academic disciplines; all with a view to better understanding the structures, cultures and many purposes of Universities and intellectual labour.

I currently lead a British Academy Early Career Network on Critical University Studies (supported by a Rising Stars Engagement Award) and with colleagues at CRASSH am co-convening a symposium on Academic Citizenship. I’ve also recently joined a group hosted by the University of California Humanities Research Institute, interested in methods for thinking about the ‘Future University’.

Before joining CRASSH Alison was Research Associate in English for the 'Religion and the Idea of a Research University' Project  at the Faculty of Divinity, also at Cambridge. She read English and History at the University of Adelaide and worked as a musician for several years before undertaking graduate work in English at King's College London (KCL). Her PhD examined the changing culture of British natural history – its institutions, objects, attractions and people – through the first sustained study of the influential taxonomist, priest and Darwinist TRR Stebbing (1835-1926).

Alison has held visiting scholarships to the Australian National University and the Yale Centre for British Art; worked as a facilitator for cross-sector, interdisciplinary research initiatives – including a research cluster on Healthy Ageing (Adelaide, 2004-7), the Centre for Life Writing Research (KCL 2008-10) and the Commodities and Culture Leverhulme Network (KCL 2010-11) – and co-directed a British Academy funded project ‘Negotiating Religion in the Contemporary University' (Cambridge & UCL, 2012-13), experiences which have fostered her enduring interest in both interdisciplinary work and the pragmatics of research leadership.

At Cambridge she’s served as a member of the University's Researcher Development Committee, the Pro-Vice Chancellor’s Working Group on Post-Doctoral Affairs, and the Arts and Humanities Research Council (UK) Research Careers and Training Advisory Group; co-convened the CRASSH Post-doctoral Forum (2014-17); and supervised undergraduate papers in Divinity and English. She currently convenes the CRASSH ‘Becoming a Research Leader’ Programme and contributes regularly to doctoral and post-doctoral development programmes offered by the School of Arts and Humanities, the Careers Service, and the Researcher Development Programme.

‘Operatic Narratives: Textual Transformations in Gwen Harwood and Larry Sitsky’s Golem and Lenz.’ Journal of the Association for the Study of Australian Literature. 5 (2006): 179-191.

Fictions of the Past: The Biblical and Classical Past of the Nineteenth-Century Novel, Symposium. Respondent. CRASSH, University of Cambridge, 6 November 2014.

‘From Faith to Reason: Conversion Narratives and the Value of Doubt’. British Association for Victorian Studies conference, University of Sheffield, 30 August-1 September 2012.

‘Religion, Reform and the Context of ‘English’ at Cambridge’. Invited paper. Lessons from the Past: a Seminar on the Emergence of University English, University of Wollongong, 27 April 2012. 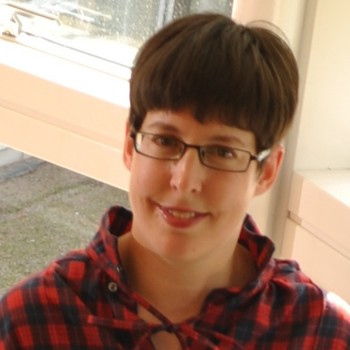