The Euro Crisis and Fiscal Union: Legitimacy, Identity and Solidarity beyond the State

The effects of the global financial crisis have been amplified in the EU by certain flaws in the design of the Economic and Monetary Union. As the crisis continues to deepen, the political debate points towards more integration at the EU level as the only solution to the problem: a ‘fiscal union’, or integration in the fiscal area. While this would, in theory, address some of the causes of the crisis, it would create obvious problems of its own.

This project will explore certain obstacles that a fiscal union within the current settlement—that is, without a full-fledged political union—would run into as a matter of EU and national constitutional law: in particular, the lack of sufficient democratic and social legitimacy, the lack of the necessary financial solidarity among EU citizens, and the potential ‘dissolution’ of the state. The aim of this project is to propose a new model of fiscal integration that allows the EU to address the current crisis and ensure that it is not repeated, while at the same time avoiding the above-mentioned constitutional obstacles and without creating a European superstate. This new understanding of fiscal integration will shape the next era of the European project, as well as our future understanding of the state and of the European Union.

Alicia Hinarejos is an early career fellow at CRASSH, Michaelmas 2013.

Alicia Hinarejos is a University Lecturer in Law and a Fellow of Downing College, Cambridge. Before coming to Cambridge, she was an Assistant Professor at McGill University (2009-11). She had previously been a British Academy Postdoctoral Fellow (Faculty of Law, University of Oxford) and a William Golding Junior Research Fellow (Brasenose College and Institute of European and Comparative Law, Oxford). During 2008-09, she was a Max Weber Visiting Fellow at the European University Institute.

Alicia's main areas of research are EU law and comparative public law, but she also has a keen interest in other areas of law and socio-legal studies. To date, her work has appeared in journals such as Common Market Law Review, European Law Review, European Law Journal or the Yearbook of European Law. Her monograph, Judicial Control in the EU: Reforming Jurisdiction in the Intergovernmental Pillars, appeared with OUP in 2009.

Alicia holds a DPhil from Oxford, where she also received an MPhil and an MJur in European and Comparative Law, both with distinction. She is a member of the Spanish Bar. 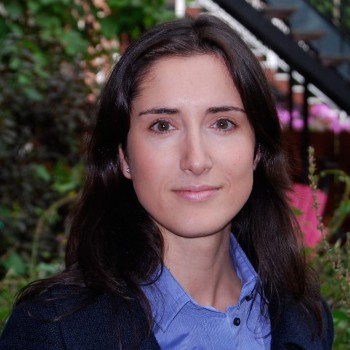