Stock in the Nation: Finance and French Economic Modernity

My current research examines the rise of popular engagement in the French financial marketplace throughout the nineteenth and twentieth centuries. When economist and statistician Alfred Neymarck wrote his 1913 investment guide for French citizens, he referred to stock and bonds as “a basic consumer good,” and insisted that it was the duty of every respectable head of household to ensure that his modest nest egg be made productive, for the benefit of both his family and the nation. Despite the market crash of 1882, the Panama Canal scandal a decade later, and other, more isolated financial shipwrecks, by the Great War French savers had heard and responded to the exhortations of Neymarck and others. The percentage of movable investments in French portfolios reached parity with real property investments, and observers foreign and domestic wondered at the seemingly inexhaustible capacities of French small savers. The financial consequences of the war – particularly, the losses many investors suffered as a result of Russia’s revolution and subsequent default – shattered both the faith and fortunes of investors, and the levels of stock and bond ownership in 1914 would not be reached again until the late 1980s.

This project explores how the stock market came to be understood as a quotidian element of French citizens’ economic lives in the nineteenth century and how this understanding changed throughout the twentieth. I suggest that Neymarck’s observation, which elides the formal division between the financial and consumer marketplaces, presents a key to understanding the precocious engagement of French savers in the movable asset marketplace, and points towards the mechanisms, agents, and institutions necessary to the rise of generalized participation in financial markets.  These markets were made not in the realm of economic theory, nor by the natural imperatives of capital, but by the investment manuals, commercial information circulars, traveling stock and bond salesman, and the material form of stock certificates and exchange districts, all of which contributed to establishing a consumer marketplace for financial instruments.  As this project traces the transformations in legal standards and commercial culture that both enabled and accompanied the rise of engagement in financial markets, it will also bring into focus the intermediaries and mechanisms that carried the world of investment from the nation’s financial centres to the farthest corners of the French countryside and beyond. In the process, it will explore how popular engagement with the financial sector redefined the relationship between citizens, the market, and the state, as well as provided a means for ordinary individuals to reconceptualize their roles as actors in a global political-economic system.

Alexia Yates is a historian of economic life, focusing on urban political economy and business history in Europe. As an urban historian, her work on private development in urban environments aims to add to our understanding of the spatiality of human life by exploring how global processes are transformed and contested in the local production of social space. As a historian of capitalism, she focuses on the cultural context of business practices in order to investigate and emphasize the role of moral economies in the structure and functioning of economic systems. Yates approaches the study of economic life as a lens for questioning the status of the economy and the market in our contemporary historical moment.

Originally from Pouch Cove, Newfoundland, Canada, she completed her undergraduate studies at Smith College, undertaking honours work in the history of early modern Britain. A fateful year abroad at Trinity College, Dublin brought conversion to the study of nineteenth- and twentieth-century France. She received her MA in history from the University of Toronto and a PhD from the University of Chicago. Her doctoral work was supported by the Social Sciences and Humanities Research Council of Canada, the French embassy’s Bourse Chateaubriand, and the Quinn Foundation. Most recently, she held a Prize Fellowship in Economics, History, and Politics at the Center for History and Economics at Harvard University.

“Selling Paris: The Real Estate Market and Commercial Culture in the Fin-de-siècle Capital,” Enterprise and Society vol.13 no.4 (December 2012): 773-789 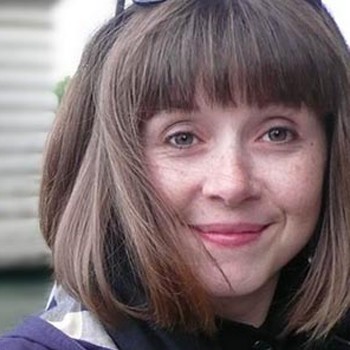